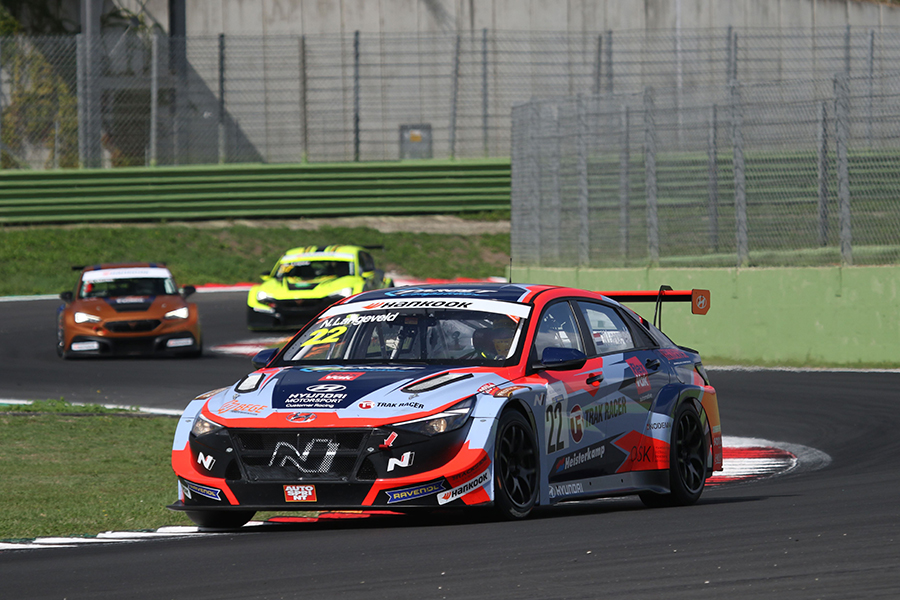 “The title of Niels and Target Competition has only been possible thanks to many great performances during the year,” said our Deputy Team Principal, Julien Moncet. “Their double podium on the final weekend may be the headline, but the three other wins during the year display the great consistency needed to win any crown.”

A near-perfect weekend in Vallelunga
The Dutchman started the finale nearly 40 points – the equivalent of a race win – behind the leader in the standings. However, he narrowed the margin after qualifying with his second pole position of the year, netting the maximum 15 points.

Niels went on to dominate Race 1 and claim a lights-to-flag victory. It was his fourth win of the season – the most of any driver on the grid – and reduced the gap to the points leader even further.

From eighth on the grid, Niels made a quick start to Race 2 and was already fourth by the end of the opening lap. A few moments later, his main title rival crashed out of the race while Niels was chasing him down. Having cleverly avoided contact in the fierce on-track battles around him, he crossed the line in fourth. The Dutch driver was then promoted to third for his second trip to the podium that weekend.

The Italian job
Niels began his TCR Italy campaign with victory in Race 1 at Monza, yet he would have to wait until the third round of the season to return to the podium. Race 2 in Misano saw him finish second as part of a 1-2-3 for our customers; Team Aggressive Italia’s Michele Imberti and Kevin Ceccon finished first and third respectively.

Ahead of the summer break, Niels was the driver to beat in Mugello. After taking pole position, he was denied a dominant Race 1 win by a late puncture, however a superb drive in Race 2 saw him come through the field to take victory. This form continued when action resumed in September, converting second on the grid to victory in Race 1 at Imola.

The title is Target Competition’s second in the series, following Antti Buri’s championship win with the i30 N TCR in 2021. It also adds to the successes of the Elantra N TCR, which claimed the 2021 teams’ title in TCR Europe and back-to-back class wins in the Nürburgring 24 Hours.