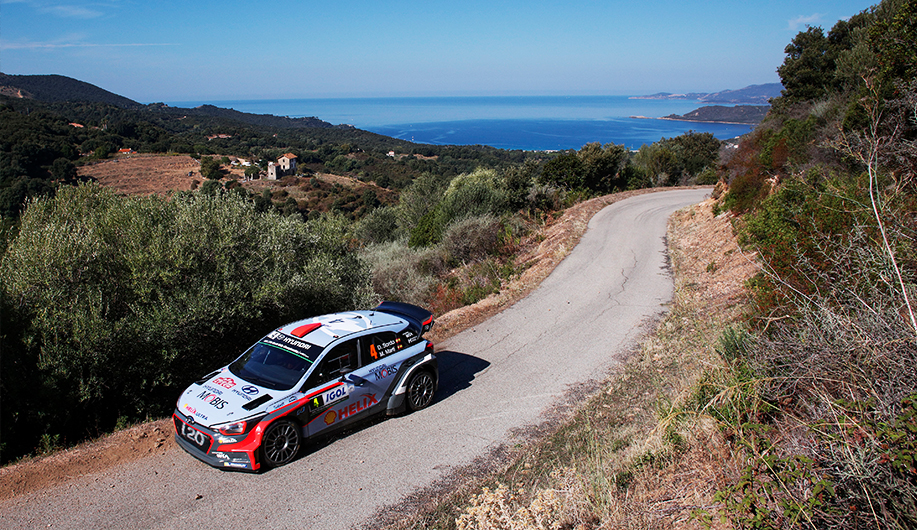 Having claimed an eighth podium of the season in Corsica, our eyes now turn towards Rally Spain  the only mixed surface event of the year.

It promises to be a busy rally for our team with four crews taking part. Thierry, Dani and Hayden all return to their respective New Generation i20 WRCs, while Kevin and Seb will be competing in a 2015-specification i20 WRC.

It will be the fourth WRC event of the season for our test and development crew after Portugal, Sardinia and Finland. The duo gave our new R5 car its competitive debut in Corsica. Spain will be another learning experience and one that our Dutchman is ready to embrace.

“I am thankful to the team for giving us the chance to compete,” said Kevin. “It is another good opportunity to develop, so I can’t wait to get started.”

Dani and Marc finished last year’s Rally Spain, their home event, in a competitive third place. They will be hoping that the passionate local supporters will be able to roar them to another podium result in this year’s event.

“It is a fantastic feeling to go rallying in front of a home crowd,” said Dani. “You can really feel the energy. It was also one of my first rallies in the WRC so it is a very special event on a personal level.”

Thierry and Nicolas head to Spain on the back of a strong run of results. The Belgian crew will be aiming to build more momentum after their second-place finish in Corsica.

“It is a beautiful event and one to which I always look forward,” said our Belgian star. “It was my first event in 2009, so it holds special memories. After our podium in Corsica, my focus will be on securing another top-three finish.”

A complex Friday itinerary will see the majority of the action take place on gravel, apart from the 38.95km Terra Alta test which features asphalt sections. Adding to the challenge, there will be no lunchtime service, with only a tyre fitting zone separating the morning and afternoon loops.

However, a session on the Spanish gravel instils no fear in Hayden, who is relishing the challenge of a mixed surface rally. He said: “It’s one of my favourite events on the calendar. It’s been a long time since Finland, so I’m looking forward to getting back on the loose stuff.”

Friday evening will see an extended evening service for the team’s mechanics to change the cars’ specifications from gravel to full asphalt for Saturday and Sunday’s stages.

Despite the unique challenges that the Rally de España poses our crews, Thierry is confident we can build on our recent successes. “We have had a good run in recent rallies, so I am hopeful of continuing that trend in Spain”, he said.

Team Principal Michel echoed these thoughts, as he commented: “Spain’s unique multi-surface schedule is a challenge not only for our crews but also for our mechanics and engineers. We know it will be a close battle but the New Generation i20 WRC has shown its potential and I hope we will be in the fight.”