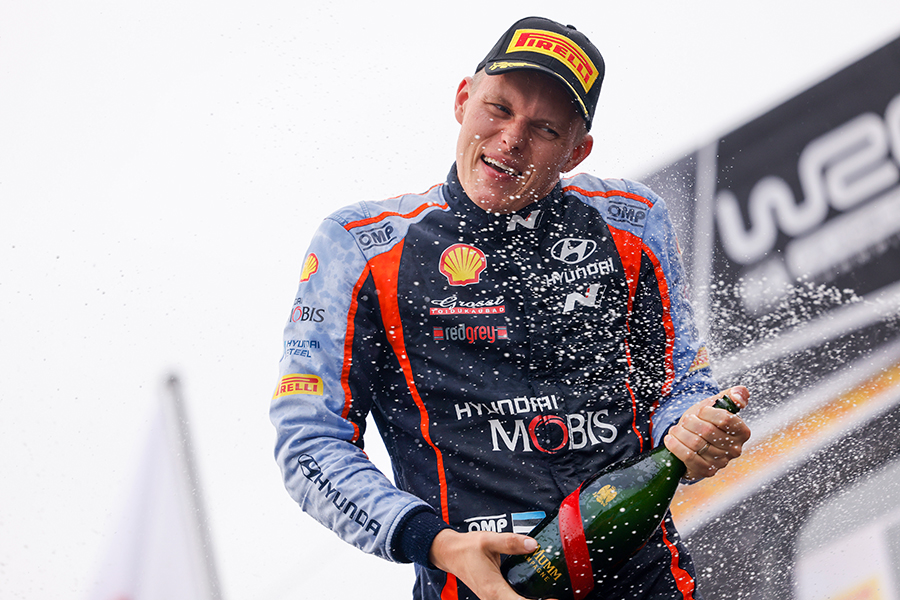 Hyundai Motorsport and Ott Tänak have brought an early end to their contractual agreement that will see the Estonian driver leave at the end of the current WRC season.

Ott has exercised the option that allows him to conclude his contract prematurely, having taken five wins, 15 podiums and 101 stage wins since joining our team ahead of 2020.

Alongside co-driver Martin, he claimed his first podiums for the team, taking second-placed finishes in Sweden and Mexico before the championship was halted due to the global pandemic. As the season resumed in September, Ott stormed to his debut victory as a Hyundai Motorsport driver in his home event, Rally Estonia, leading a 1-2 result.

He added a further win in Arctic Rally Finland in 2021, but it has been this season where he has really delivered. The 2022 championship has been a character-building one as we struggled to find early pace and reliability from our all-new i20 N Rally1 car.

We responded with intensity to find improvements, with support from the crews and our usual never-give-up attitude. As a result of this determination and teamwork, Ott delivered our first win of the hybrid era in Rally Italia Sardegna. Back-to-back triumphs in Finland and Belgium followed, as well as our 1-2-3 finish in Acropolis Rally, in which he finished second.

Reflecting on the positives

Ott’s decision to part ways with our team after three seasons comes at a time when we were already considering our crew line-up for 2023. We respect his request and can reflect on many positive moments together, despite the difficulties faced at times.

Our Deputy Team Director Julien said: “Ott’s departure comes as a disappointment, but it is a decision we must accept and respect. He is without doubt one of world rally’s finest drivers, as we have been fortunate to experience first-hand through the victories that we have achieved together over three seasons. It’s been a bit of a rollercoaster. Our first year working together was affected by the pandemic; this year we have faced a new raft of hybrid regulations which have certainly been challenging.

Julien added: “Ott has shown real leadership to push himself and the team to find improvements and to return to winning ways. Recently, we have built some positive momentum with our i20 N Rally1. We will miss him but it’s also an opportunity for us to regroup and rebuild. We were already giving serious thought to our crew composition for 2023 so this decision, while not being one that we wanted, opens different possibilities for us as we prepare for next season. We wish Ott and Martin the very best for their future.”

Ott said: “This is a personal decision and one that I have taken with careful consideration and respect for the team. However, I feel that I am at a stage of my career where I need to embark on a new challenge. We have had a good partnership over the past three seasons, and I am proud of what we have achieved. We have worked hard together to overcome some difficult moments, and as we’ve shown this year we have moved in the right direction. The second part of this season has shown the performance level we can achieve when things click, but for me the time has come for something new. I thank the team for its understanding and wish them all well.”