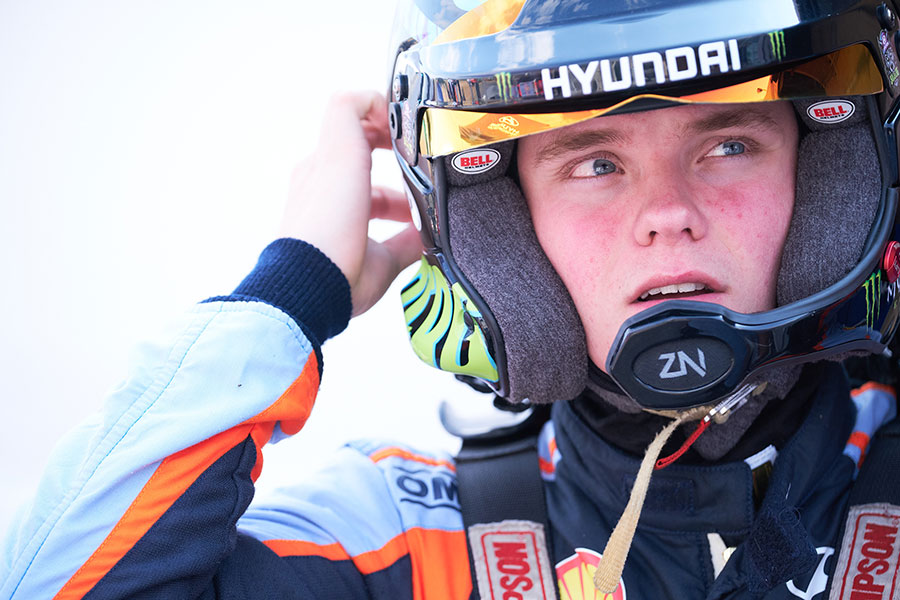 Hyundai Motorsport and Oliver Solberg have announced that the contract between the two parties will not be renewed when it reaches its natural conclusion at the end of 2022.

The decision to part ways has been taken following a challenging season for the team. Oliver, who has completed eight events in the WRC Rally1 category in his debut year at the top level of the sport, registered a best result of fourth in Ypres Rally Belgium. Most recently, he claimed fifth in Rally New Zealand, which was to be his final Rally1 event with the team. The encouraging performances have come during a season of learning for the young driver, in which he has been a positive and hard-working member of the team.

In an effort to deliver more consistency in its performances, Hyundai Motorsport has outlined its intentions to field an experienced trio of crews for the 2023 season. The team will decide on its complete line-up in due course and make an announcement accordingly.

Oliver, meanwhile, will remain part of the team until the end of the year, joining Rally Japan for the pre-event recce, as well as selected activities. The team recognises the vital support role that he has played this season, with the young Swede remaining upbeat even at difficult times. He has dug deep to get the best out of himself and the car on each event in which he has participated.

Deputy Team Director Julien said: “Oliver has been a great asset to our team this season, showing himself to be resilient and eager to learn. However, we have seen the benefits of having an experienced and consistent crew at the wheel of our car. This will be our focus for our 2023 line-up. Oliver will remain with us until the end of the year, joining for the pre-event recce in Japan, as well as other activities. We wish him the very best for the future. In the World Rally Championship, you never know when paths may cross again. We end this particular phase of the relationship on good terms and know that Oliver will find the right next step for his career.”

Oliver said: “Obviously I’m disappointed about the situation, but I have to respect the team’s decision and its new plan to go ahead with three cars and only experienced drivers in its driver line-up. It’s been very nice of them to have been open with me during this process. I know it wasn’t an easy call for them to make since the plan has changed. I remain grateful for this first opportunity that they have offered me in the WRC. We knew that this season would be one of learning, of which we have done a lot, and it will undoubtedly be valuable experience for me in the next stage of my career. I will remain committed in my duties to the team for the rest of the year and send my thanks to everyone at Alzenau and on the rallies for their support. We will be ending this chapter on good terms, and I’ll always wish them well.”