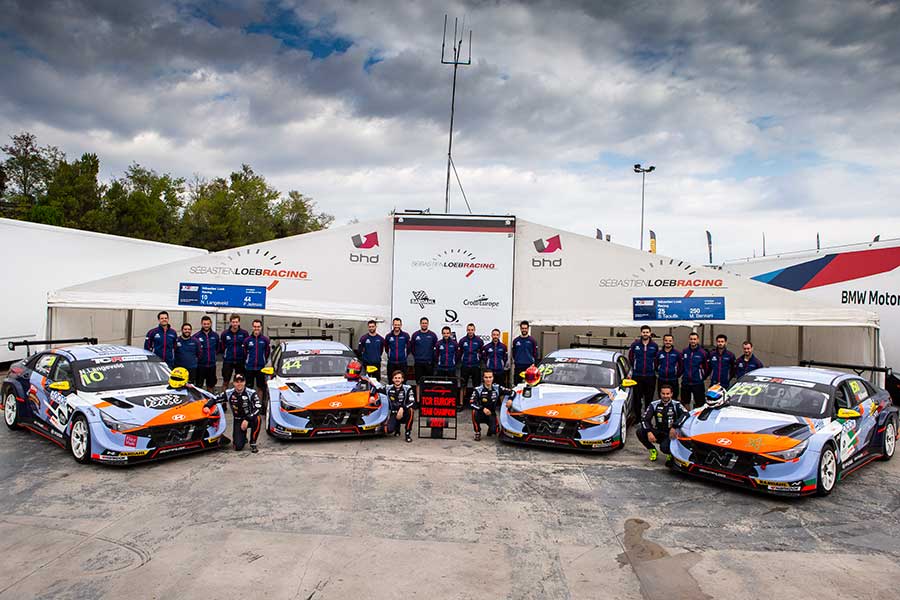 In its first season as one of our customers, Sébastien Loeb Racing has clinched the TCR Europe teams’ crown after an excellent year with our Elantra N TCR.

Throughout the season, the team’s four drivers have performed well in the series, once again proving the performance of our latest addition to our Customer Racing offering.

“The TCR category is incredibly competitive, and TCR Europe one of the hardest fought series,” said Customer Racing Manager Andrew Johns. “For Sébastien Loeb Racing to come in for their first year as a Hyundai Motorsport customer, and with the brand new Elantra N TCR and take the teams’ championship is richly deserved and a huge achievement on multiple levels.”

Story of success
Consistency was the key to Sébastien Loeb Racing’s triumph, with the team taking podiums at six out of seven race weekends.

The title was claimed in the final round of the season as the result of Sam Taoufik’s podium and Niels Langeveld’s sixth-place finish in the penultimate race, held at the Circuit de Barcelona-Catalunya. A superb team result in Race 2 then followed, with Medhi Bennani taking second ahead of Niels.

The team’s success began with the very first weekend at the Slovakia Ring, in which Niels sprung from outside the top ten to finish fourth. He would claim five more fourth-place finishes as well as a podium at his home weekend at Zandvoort to secure third in the drivers’ championship.

In the second race in Slovakia, Medhi claimed a superb lights-to-flag win with his Elantra N TCR. He finished the season fifth in the standings. Felipe Jelmini and Sam would later claim their first podiums at the second event, held at the Paul Ricard circuit.

A remarkable performance at Spa-Francorchamps gave the team a huge boost in the standings, as Felipe and Medhi claimed the maximum points from qualifying and later went on to finish on the podium.

Impressive debut for i30 N TCR team
“Of course it is impossible to ignore the performance of Janík Motorsport and their drivers, with the team making the step up to TCR Europe and scoring a win with the i30 N TCR,” added Andrew.

A run of strong results for the Czech team began with Race 2 in Belgium, which featured a fantastic performance from Maťo Homola. Gambling with slick tyres in a race that started on a slightly damp track, Maťo progressed through the pack with increasing ease to finish second. He would go on to claim a victory in Race 2 in Monza.

Nürburgring was the highlight of the season for our Customer Racing Junior Driver Jachym Galás. Having progressed through to the second phase of qualifying for the first time in his debut TCR Europe season, he went on to finish fifth and claim the Rookie class win.