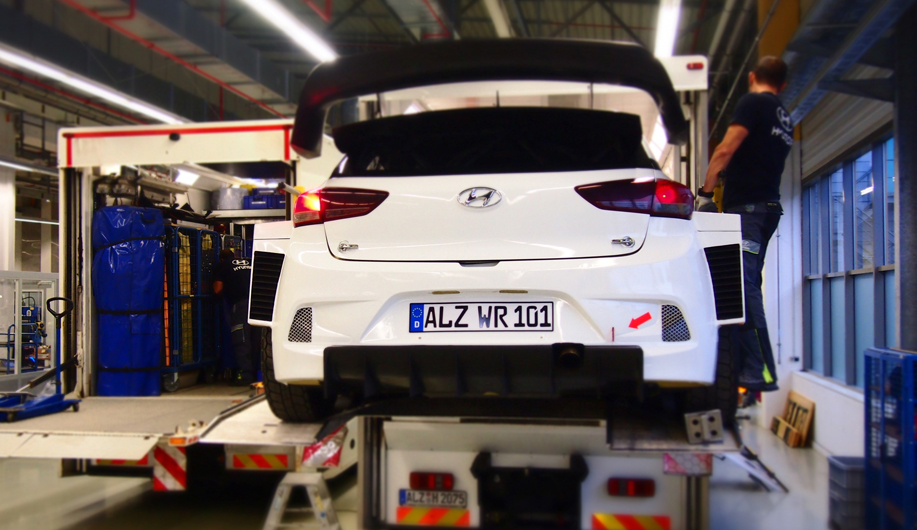 The conclusion of one WRC season just means it’s the start of the next. So we took the opportunity at the end of the 2016 to reflect on all that we had achieved.

Of all the positive statistics that told the story of our successful 2016 season, one really stood out: 37 classified finishes from a possible total of 42. That was a completion rate of 88% across 13 rallies and 242 gruelling stages  an impressive achievement.

That high level of reliability is testament to the human side of our operation. It is not just effective teamwork within individual departments but, more importantly, the way that all our colleagues work with each other. We have a dependable WRC car because we have reliable people.

The work of our test crew really epitomises this.

The development of our new Hyundai i20 Coupe WRC was run in parallel to our 2016 Championship campaign. We could only achieve this with good teamwork.

A core team of five colleagues in the workshop have been responsible for developing the new car, with tests taking place every two weeks. However, they have liaised throughout the process with other members of the team from gearbox and electronics, as well as the engineering team. Good and efficient communication has been crucial in meeting our ambitious targets.

In preparing our new car, we have had to concurrently run with the existing model for comparison purposes. In total, eight people have been involved on site in testing the i20 Coupe WRC. As well as this, our test crew of Kevin and Seb were on-site and in the driver’s (and co-driver’s!) seats, offering invaluable feedback and direction for the new car.

From this point, it is then important to have a seamless transfer of the car and its characteristics over to the rally team. To ensure this happens, at least one rally mechanic will work alongside the test team throughout the testing process, so that they can familiarise themselves with the new car. Learning the little tricks and details can help the crews extract maximum performance on the stages.

As well as this, there’s even a special build book created  like our own WRC-style Ikea catalogue  which is regularly updated to aid the handover process.

Conditions during testing can often be quite tough with long days but as one of our colleagues explains: “It is very intense. With around 20 services per day, we get more practice and can discover more things. Testing is a good school before moving into the rally team.”

Our test team has certainly had plenty of opportunity to hone their skills. The Hyundai i20 Coupe WRC is our third new car in the space of three years. That’s three consecutive years of working on one car, while simultaneously developing the next. For a comparatively young team like ours, it has been a big learning curve.

Just ask our test crew! “What we have achieved in the past three seasons is fantastic. It’s all down to teamwork and co-operation. Before we can trust the machine, we have to trust the people we work with. This is what really sets our team apart.”