The dawn of a new hybrid era 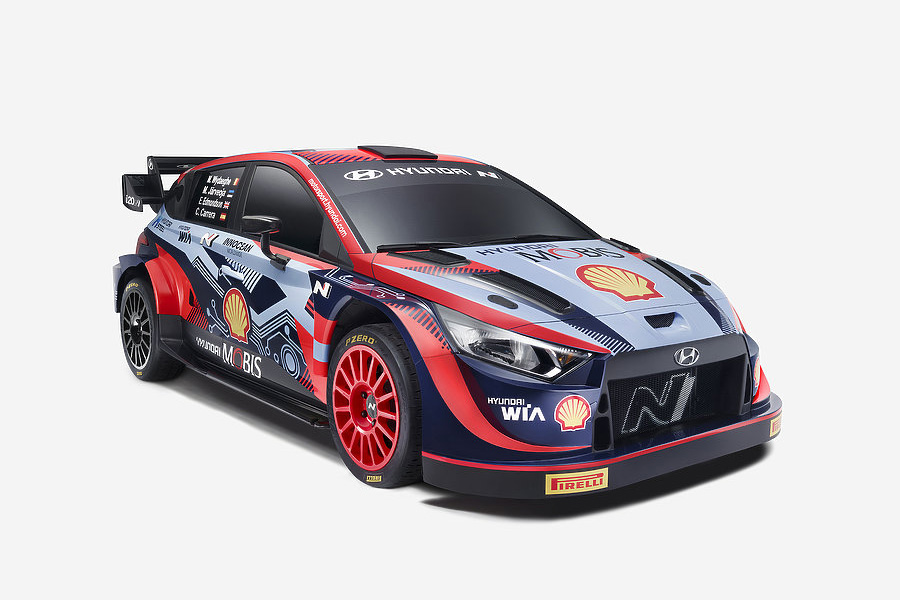 Our team is powering into a brand-new challenge in WRC, with a four-crew line-up intent on bringing us success in the i20 N Rally1. We are charged and ready for the 13-round season – the first of the hybrid era.

“We are excited to be part of this new hybrid era of WRC and to demonstrate Hyundai’s firm commitment to international motorsport,” said our President Scott. “We are confident we have the package to fight for our third manufacturers’ title – and to support our crews to be in the hunt for the drivers’/co-drivers’ titles too.”

Harnessing great power
Our entire team has worked tirelessly to develop our new Rally1 challenger as we enter our ninth season at the pinnacle of international rallying, carrying out an intensive test and development programme.

In line with the new regulations, our i20 N Rally1’s power-unit combines a traditional 1.6-litre internal combustion engine with a common plug-in hybrid unit and runs on 100% sustainable fuel. These features affirm the commitment of both ourselves and the WRC to creating a more sustainable future in the sport.

“We have welcomed the technical challenge of WRC’s new hybrid era,” said Julian, our Deputy Team Director. “The main objective has been to combine the internal combustion engine and the plug-in hybrid unit, getting all the components working together harmoniously within the chassis.”

Formidable foursome
At the helm of our new Rally1 cars for all rounds of the 2022 championship will be Thierry Neuville/Martijn Wydaeghe and Ott Tänak/Martin Järveoja. Both will be keen to make an impression in the title chase after mixed fortunes in 2021.

Thierry will be aiming to add to his victory tally in 2022, with our Belgian now boasting 15 WRC wins entering his ninth year with us. In his first season with Martijn, the pair quickly established a potent partnership that amassed two victories and a total of seven podiums.

“I always love to start new adventures and challenges, so that’s the most exciting part about these new hybrid regulations,” commented Thierry. “As a team we want to fight for the manufacturers’ championship again, but the drivers’ title is always one of my personal goals.”

In their third campaign with us, our Estonians will be the only world champions competing in all rounds of the 2022 season.

“The target for this season is easy: to win,” said Ott. “There will be a lot for us to learn but we want to win another championship and we will fight hard for that this year.”

Our third i20 N Rally1 car will be shared throughout the season by Oliver, who steps up after demonstrating exciting pace in selected rounds last year, and Dani. The Swede will be co-driven by Elliott, while Dani begins his ninth season with us alongside Cándido.

“It is a dream come true for me to be joining a factory team for the first time,” exclaimed Oliver. “I feel quite prepared and confident but it’s just a great opportunity to be in this new era from the start.”

“I am particularly excited to be sharing the third car with Oliver, and to work with all my team-mates,” added Dani. “They are like a family to me, and I really want to push to have the best results we can to take back the manufacturers’ championship.”

Our quartet of crews are all relishing the new hybrid challenge, with each driver ready to unleash the full potential of our i20 N Rally1 on the world’s most demanding stages.