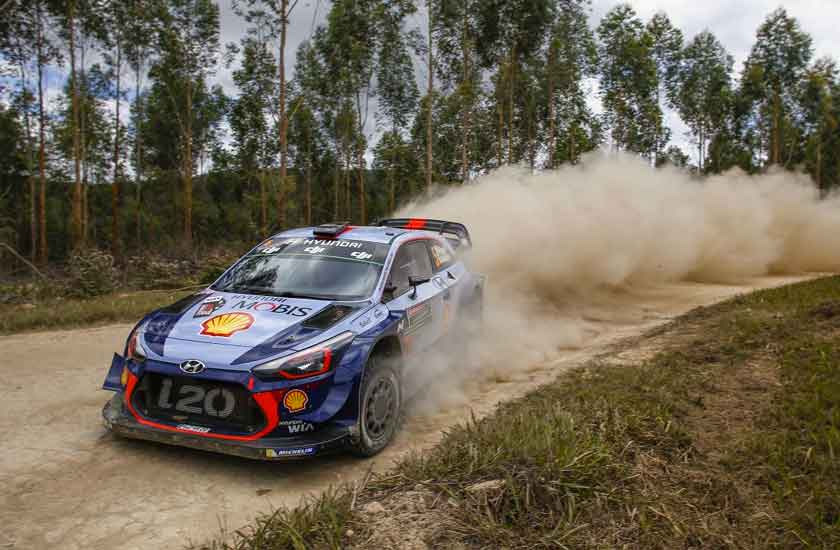 The scene is set for one of the most thrilling WRC deciders in recent years with both drivers’ and manufacturers’ titles still up for grabs at the season finale, Rally Australia.

We are hoping to claim our first-ever WRC title at the conclusion of the hotly contested 2018 season. There is a fierce three-way fight between Hyundai, Toyota and M Sport Ford and our respective drivers Thierry, Ott Tanak and Sébastien Ogier.

“What a finale this promises to be,” said our Team Principal Michel. “All four manufacturers will be vying for victory. It looks set to be a fierce contest  arguably the ideal way to end what has been a fascinating season.”

All to play for

Just three points separate championship leader Sébastien from our very own Thierry heading ‘down under’ while we’ve cut the gap to Toyota in the manufacturers’ chase to just 12 points.

“We find ourselves in an incredible and intense championship fight,” said Thierry. “All manufacturers and crews have had ups and downs this season. We need to put all of this behind us and to focus on a perfect weekend in Australia.”

The dusty gravel and forest tracks of Australia will offer a suitably tricky battleground for all crews. A total of 24 timed tests cover a total distance of 318.64km with a heavily revised route compared to last year.

We will be fielding three Hyundai i20 Coupe WRC cars in the final round of the season, an event we won twelve months ago. Joining Thierry and Nicolas will be Andreas/Anders and Hayden/Seb, who finished third in Australia in 2017.

On top down under

“I am looking forward to being back in the i20 Coupe WRC for Australia,” said Hayden. “We have been building up our performance level as this season has progressed, so hopefully we can finish on a high.”

Andreas is also no stranger to success in Australia. “It’s always been a good rally for us,” he said. “We won in 2016 and were leading after the opening day in 2017 with Hyundai. We have not had the season that we’d hoped so I want to end the year with a strong result.”

Thierry and Nicolas will certainly not be holding back: “We won from second on the road twelve months ago and we’ll be targeting the same result. That will be the best way to take the title.”

May the best team and crew win!