The stage is set

Day 1: Two cars in the top-three in Monte-Carlo 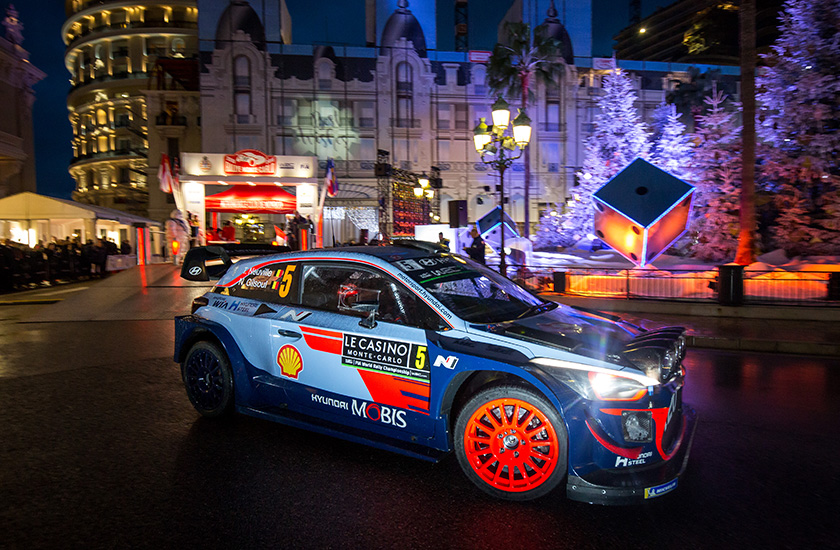 Day 1: Two cars in the top-three in Monte-Carlo

The 2018 WRC season has begun, and we already find ourselves in the thick of the action. At the end of the opening night stages in Monte-Carlo, our Norwegian crew Andreas and Anders hold second overall, with our Spaniards Dani and Carlos in third.

Following the event’s ceremonial start outside the Casino de Monte-Carlo on Thursday afternoon, all crews made their way into the mountains for the first timed runs of the weekend.

In typical Monte-Carlo style, it was a dramatic way to open the new season. With icy and slippery sections in both SS1 (Thoard-Sisteron) and SS2 (Bayons-Breziers), many crews were caught out. Unfortunately, one of the pairings to suffer misfortune was Thierry and Nicolas.

“I got stuck on a snow bank about 12km into the first stage,” said Thierry. “I pulled the handbrake but locked all four wheels and went off wide. Unfortunately, there were only a few people around so it took a long time to get going again.”

For our two other crews, steady stages resulted in solid times, despite the tricky conditions.

“I think we can be pretty happy,” said Andreas. “We played it a bit safe because of the conditions. It was difficult to know how much to attack. There is still a long way to go.”

Dani added: “The main priority was to make it through to the end without too much trouble. Even if the stages were complicated to drive, we achieved our initial target and can now look forward to the first complete day of rallying on Friday.”

Our Team Principal Michel concluded: “Monte’s night runs always present challenges, and Thursday’s two stages were no exception. Friday will be equally tough and unforgiving. Anything can happen.”

Friday will see a repeat loop of three individual tests covering a total distance of 144.88km. The longest day in terms of outright competitive distance will begin with the 26.72km Vitrolles-Oze stage, followed by the longer 30.54km Roussieux-Eygalayes and the loop will conclude with the 15.18km Vaumeilh-Claret test.