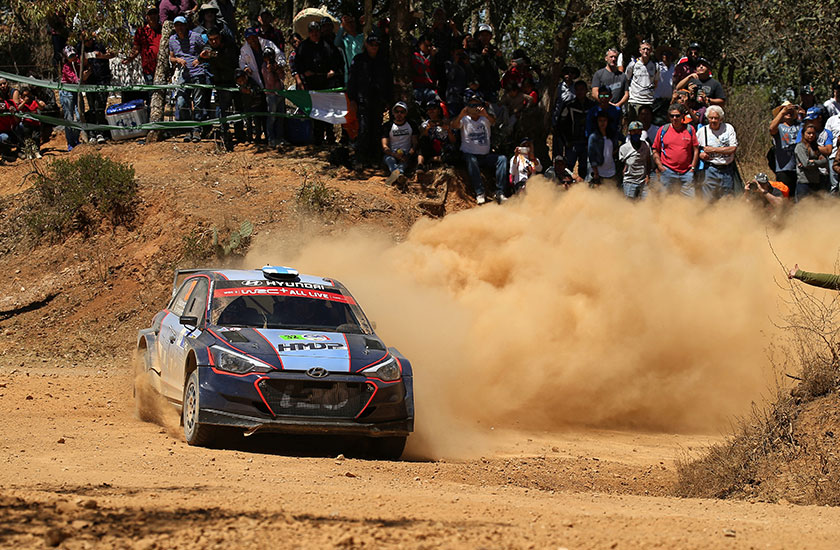 Our HMDP crew will be looking to build on positive performances in Sweden and Mexico, as they compete in their third WRC2 event of 2018 in Portugal.

Finnish duo Jari and Antti showed encouraging pace in their two opening outings of the season, matching the stage times of far more experienced crews. Although the rallies were not without misfortune, the performances allowed the pair to hone their skills.

“We have been very satisfied with how Jari and Antti approached their first two rallies of the year,” said our Team Principal Michel. “They were two contrasting events and Portugal will offer a new experience.”

Previous experience in the Azores Rally will offer some familiarity while recent testing in the country has helped preparations.

“We have used the time since Mexico wisely, to prepare ourselves for our third event of the season” commented Jari. “I know we can get more out of ourselves and the i20 R5.”

Rally de Portugal is made up of 20 gravel stages over a competitive distance of 358km. The longest individual day of the weekend is Saturday, with 154km of stages to tackle, before Sunday’s assault on the famous Fafe jump.

“The first objective is for Jari and Antti to finish the rally,” said Michel. “Then, to show some speed against the more established names in WRC2. They are well used to gravel rallies so we have high hopes for them.”

Jari is clear on his own target: “to take the fight to the leading guys and show our pace!”