Looking to end season on a high with first Australian podium 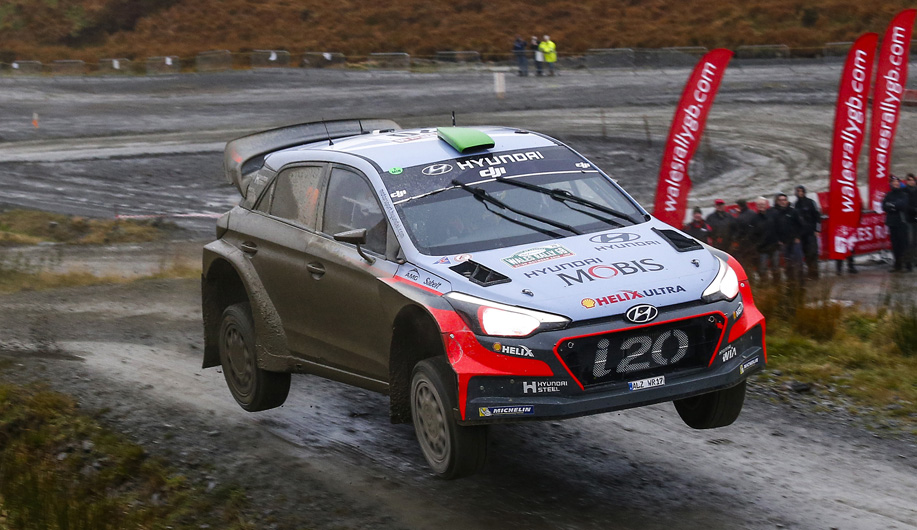 Looking to end season on a high with first Australian podium

Ten months since the opening round of the 2016 World Rally Championship in Monte-Carlo back in January, it’s time for the season finale as we head ‘down under’ to Australia.

Once again, Coffs Harbour will play host to the gravel rally, which is a firm favourite among fans and competitors. The rally moves to its new position at the end of the calendar for 2016, having been held in September in previous years.

Our three crews, Thierry/Nicolas, Hayden/John and Dani/Marc, return to their New Generation i20 WRCs for the final time, competing in the #3, #4 and #20 cars respectively. They will be aiming to round off our best-ever season with another strong display on the Australian coast.

Thanks to our podium finish at Wales Rally GB, our fourth consecutive top-three result, we have secured second place in this season’s Manufacturers’ Championship  an incredible feat. But, ahead of this year’s final rally, it is still all very much to play for in the Drivers’ Championship.

With just 24 points separating second and fifth place going into Rally Australia, all three of our crews have a mathematical possibility of claiming second place overall.

Thierry currently holds the position thanks to a run of four consecutive podium finishes. With a lead of 14 points over his closest rival, a strong showing in Australia should be enough to equal his career-best Championship finish  and his best since joining our team.

“We all love coming to Australia,” said Thierry. “It will be extra special this year as it is the last event on the rally calendar. It’s great to come here in the fight for second place. Both Nicolas and I are really looking forward to trying to finish the season on a high note!”

Finishing just one place and twelve seconds behind their Belgian teammates in Wales was our Kiwi pairing of Hayden and John. They are also hopeful of a solid performance on familiar terrain to complete a competitive season for the pair.

“Australia is a special rally for us as it’s as close as it gets to being at home,” says Hayden. “We’re in a really great position overall and I’m sure that we can end the season on a real high.”

After a tough event in Wales, Dani and his compatriot Marc will be eager to produce a similar performance to Rally Spain, in which they finished second.

“We are looking to bounce back,” admits Dani. “I know what we are capable of on gravel with this car. We are involved in a close battle in the Drivers’ Championship too, so it will be an exciting finale.”

We have finished on the podium in all but three events in 2016, on the way to securing our best ever Championship finish in second place. Adding to this record with a first podium in Australia would be the perfect way to end the season.

“The fact that we’ve never finished on the podium in Australia gives us extra motivation to do well,” comments our Team Principal Michel. “It would be nice to end the season on a high, particularly in our last event with the New Generation i20 WRC that has served us so well this season.”