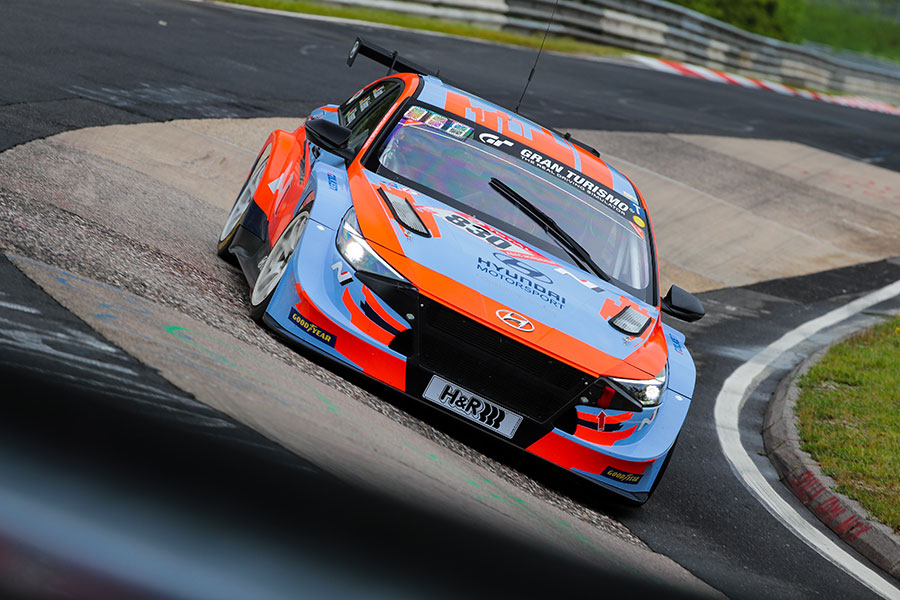 We are pleased to announce we will return to the Nürburgring 24 Hours (May 26-29) with a two-car entry to defend our TCR class victory. Our preparations for the iconic race will begin this weekend (April 9) with an entry at the second round of the Nürburgring Langstrecken-Serie (NLS).

“Any race on the Nürburgring Nordschleife is unpredictable – there are some things we simply cannot control,” said Julien, our Deputy Team Principal. “That fact makes it even more important that we start the race as well prepared as possible.”

Winning ways
We will be fielding one of our Elanta N TCR cars at the NLS event, which will be piloted by Manuel Lauck and Marc Basseng. Both drivers were part of our victorious line-up in the 2021 edition of the 24 Hours; alongside Moritz Oestreich, they gave us a 1-2 in the TCR class with our i30 N TCR crew just behind in an impressive 32nd and 33rd overall.

The pair finished a full 25km lap ahead of their nearest competitor in a race that was halted overnight due to thick fog over the Eifel venue. The win was our first since our debut in 2018, although at least one of our entries has stood on the class podium at every attempt.

“It’s great to be going into the Nürburgring 24 Hours as the defending winners in the TCR class after the excellent performance last year,” commented Julien. “However, that also brings added expectation that we have to live up to.”

Battle testing
“Our start in this weekend’s NLS event with the Hyundai Elantra N TCR, and then the N24 Qualifier next month, will allow our team the best opportunity to ready themselves and the cars for the 24 Hours,” said Julien. “The demands of the event make it the perfect place to showcase the race-winning performance of our TCR designs in some of the toughest conditions in modern motorsport.”

Extensive testing on the famous ‘Green Hell’ has become a rite of passage for new models joining our road-car line-up. Additionally, the information gathered from each season of racing in TCR category – both at the Nürburgring, and around the world – has been crucial in the development of our high-performance N brand.

Following the NLS appearance, our team will compete in the six-hour N24 Hour Qualifier in early May with the Elantra N TCR and i30 N TCR. The full driver roster for both cars will be announced in due course.