We head back to gravel with high expectations 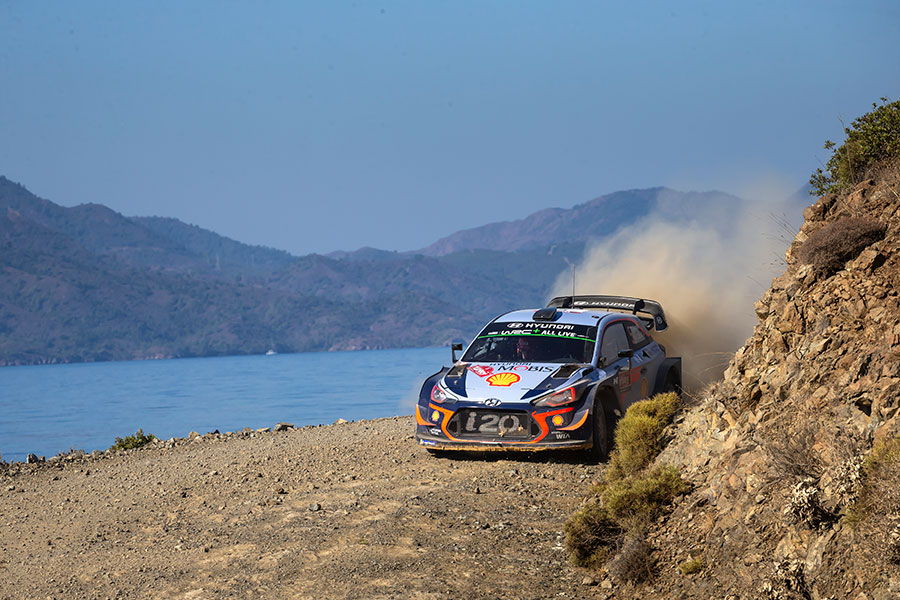 We head back to gravel with high expectations

We are aiming for a competitive weekend at Rally Turkey, round eleven of a hotly-contested 2019 WRC season, as we look to extend our lead in the manufacturers’ championship.

Rally Turkey sees a return to gravel at an event where ambient temperatures and demanding stage conditions place great stress on cars and engines. Several routes run along the picturesque coastline of the Turkish Riviera, but the beauty does not outweigh the risk. Rocky roads can be unforgiving, making speed secondary to a clever approach.

Thierry/Nicolas, Andreas/Anders and Dani/Carlos will compete in the three i20 Coupe WRC cars. All three of our crews have tested the car on gravel as we strive for a strong, reliable and rounded team performance.

Turkey is a special venue for our team, as it is the home of the i20 road car. The Hyundai Assan Izmit plant, close to Istanbul, has an annual maximum capacity of 245,000 units and acts as Hyundai’s gateway to Europe alongside its Czech factory.

Heading to Rally Turkey, we have a small advantage over our competitors in the manufacturers’ championship. We are determined to show competitive and reliable pace.

“With only four rounds of the season remaining we cannot afford to have anything other than consistently good results,” said our Team Director Andrea. “All three of our crews have performed well on gravel events this year and we will be hunting down our fourth victory of the season in Turkey. There is no room, nor excuse, for even the smallest error.”

Our Belgian crew moved to second in the drivers’ championship following their fourth-place finish at Rallye Deutschland.

“Our car has been very strong on these kinds of roads in the past so we can’t wait to be there,” commented Thierry. “We know we need to push and be on the pace from the beginning, but we are confident we can be in the mix for victory.”

Andreas and Anders have enjoyed good form on gravel this year and were in contention for victory at last year’s Turkish round. “Turkey is one of those events where you need to find the balance of speed and consistency, while not damaging the car,” said Andreas.

Our Spanish crew triumphed in their most recent gravel rally. This will be their first attempt at Rally Turkey in its new location and format. They have a good pedigree when it comes to making a fast impression on unfamiliar routes: “Last year I didn’t do Rally Italia Sardegna and I went on to win this season, so let’s see what happens!”, said Dani.

Rally Turkey features 17 stages over a competitive distance of 309.86km, beginning with a 2km sprint through the marina on Thursday. Friday will cover over half of the rally’s distance at almost 160km, while Saturday and Sunday will feature more compact itineraries, concluding with the Marmaris Power Stage.