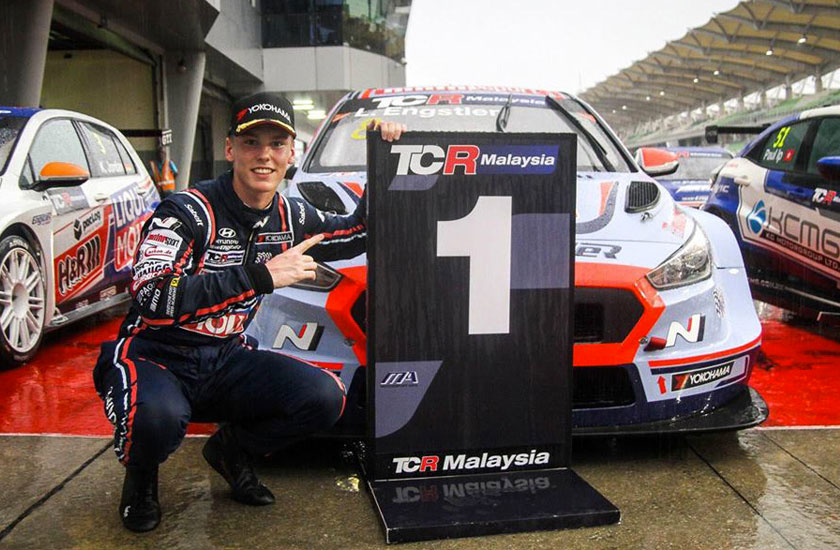 Luca made an impressive start to claim his first win at the Sepang International Circuit. In the second race, he powered through from seventh on the reverse grid to lead a Hyundai 1-2 ahead of TCR Korea champions Indigo Racing and Byung Hui Kang. More success followed on the second weekend with pole position and two more confident victories.

“To win four races out of four in TCR Malaysia is a huge achievement for Luca Engstler and a great way to start a year in which our i30 N TCR will run in TCR Asia for the first time,” said our Team Director Andrea.