Positive weekend in ETCR Race BE 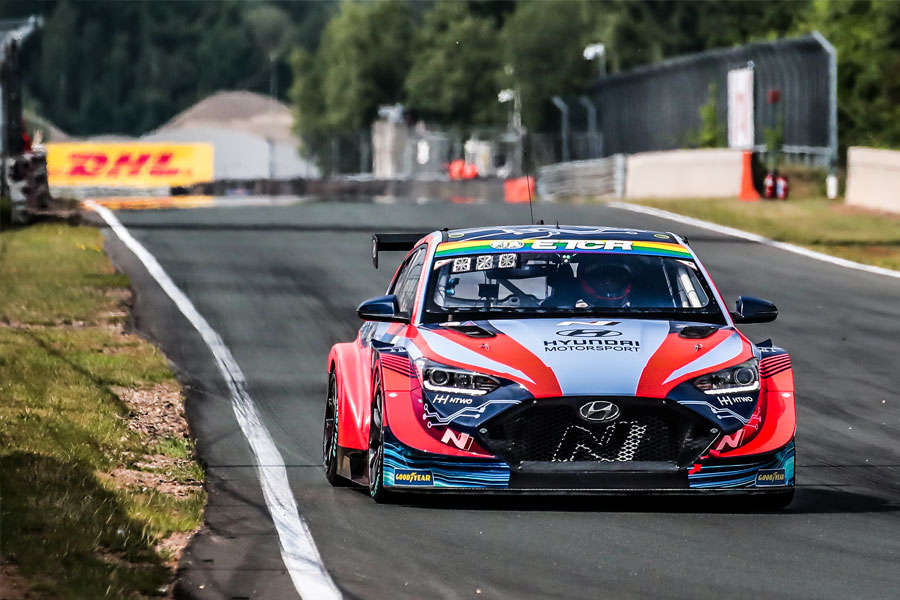 Positive weekend in ETCR Race BE

Our team departed the Race BE, the fourth round of the FIA ETCR season, feeling positive with the potential we demonstrated around the Circuit Zolder.

“The Race BE was an incredibly close fight amongst all of the competitors and we were firmly in the mix for the top positions at Circuit Zolder,” said our Director of Marketing and PR, Stefan.

Finishing on a high
Mikel claimed an easy victory in his Quarter Final to progress into Semi Final 1, where he could compete for a front row start in the Super Final. He converted his advantageous start into a second place finish in the Super Final.

“An intense and tough weekend at Race BE,” he admitted. “I felt very strong and I was able to battle with the other cars.”

His team-mate Nicky joined him in Pool Fast and continued his forward trajectory at a circuit he knows well. The Dutchman helped to secure a team 1-2 in the Quarter Final and claimed a comfortable victory in the Semi Final, and finished in fourth.

“Race BE was interesting, another steep learning curve for me,” said Nicky. “I would have loved to have won more than the Semi Final, just like I did in Race SP a few weeks ago, and do something in the Super Final but it wasn’t possible to achieve more.”

Jean-Karl takes pole
In his best points-scoring event of the season, Jean-Karl set the fastest lap in Qualifying to claim pole position for his Quarter Final, which he finished third. After taking second place in the Semi Final, the Frenchman was able to execute three overtakes to climb up to third.

“My weekend started and finished well with pole position and third place in the Super Final,” he said. “We had a plan and we executed it very well.”

Norbert was only able to manage fifth fastest in Qualifying and was pipped to second place in the final metres of the Quarter Final. In the Super Final, the Hungarian rose three places to third in the opening lap, although he was eventually passed by Jean-Karl and finished in a fine fourth.

“Finishing fourth in the Super Final was a positive end to the Race BE,” said Norbert. “It was nice to have a strong race, as it’s one of the most exciting sessions of the weekend and I enjoyed it a lot inside my Veloster N ETCR.”