Aiming for both WRC championships in 2018 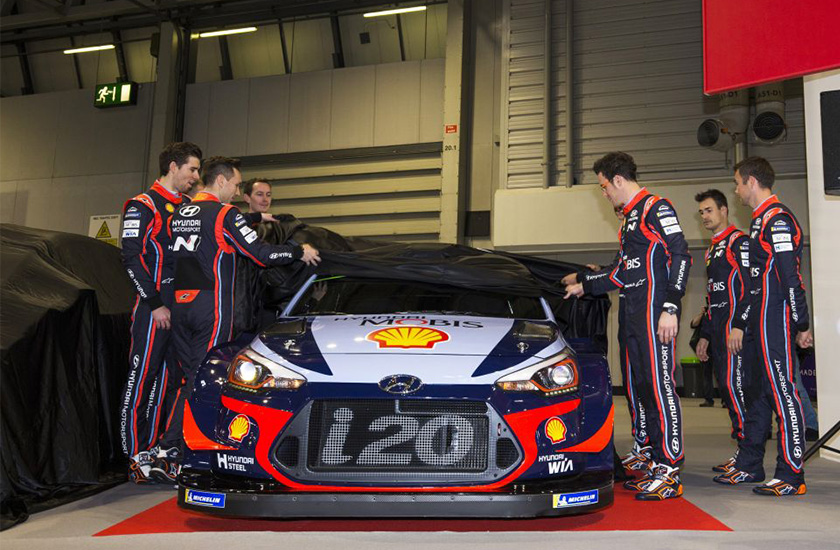 Aiming for both WRC championships in 2018

The 2018 WRC season has begun in spectacular fashion with a high-profile launch at the popular Autosport International show in the UK.

As part of a joint event with other manufacturers, our four crews, Thierry/Nicolas, Andreas/Anders, Hayden/Seb and Dani/Carlos, revealed our i20 Coupe WRC to the world. Our HMDP crew Jari and Antti were also present with our i20 R5 car also on display at the show.

“I have enjoyed being part of the Autosport International show,” said Andreas, “and to have the chance to be part of our season launch at such a great event for our sport.”

The WRC promoter used the opportunity to announce WRC+ All Live, a revolutionary initiative to broadcast all stages live on WRC+ for the coming season. It was an announcement well received by our team.

“The launch of WRC All Live is a great initiative,” said Thierry. “It will make it far easier for people to follow the rally over each and every stage, and it promises to make our sport even more popular.”

“WRC All Live is a pretty significant development for WRC,” added Hayden. “From my point of view, with all the fans watching in NZ, it is going to be awesome that they can now watch all the stages and follow us like never before.”

Dani added: “I would like to say congratulations to everyone involved. WRC is not the easiest to broadcast, so this has required a big effort to make reality.”

Summarising the day, our Team Principal Michel said: “All of us have been honoured to play a small part in today’s WRC launch at Autosport International. To have the chance to unveil our Hyundai i20 Coupe WRC in such a unique way has been incredible.”