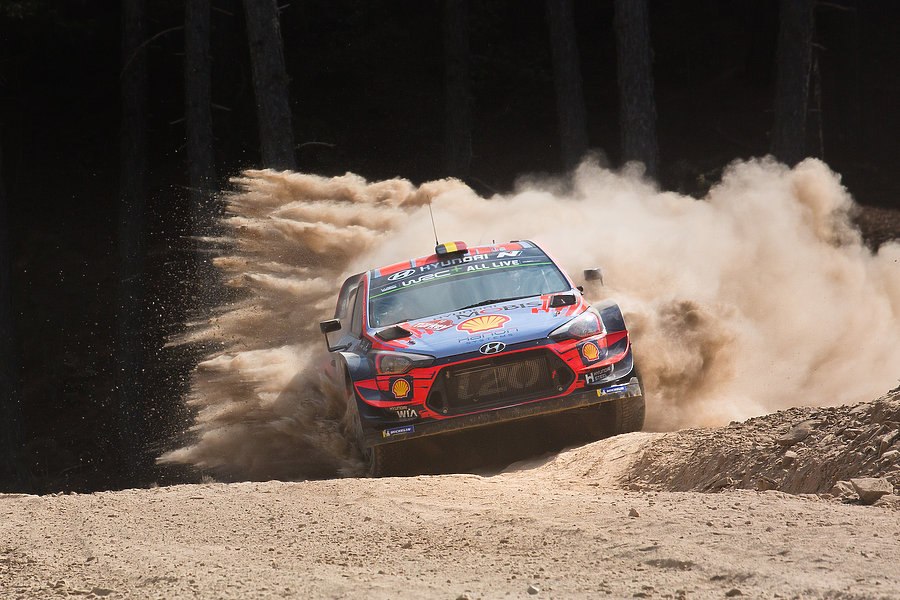 The re-start of the 2020 WRC season was successful for our team as we secured a 1-2 result in Estonia to move to within five points of the manufacturers’ lead. The revised calendar heads onto the rough and rocky roads of Rally Turkey, where we will be aiming for another strong result.

The fifth round of the season will offer another gravel challenge, although at slower speeds compared to the faster Estonian roads. We will field a three-car entry into the event with Thierry/Nicolas and Ott/Martin joined by nine-time world champions Sébastien/Daniel.

Our Estonians took their first win in the i20 Coupe WRC in their home event but are eager for more at a rally where they were victorious back in 2018. “It was a special moment to get our first victory for Hyundai Motorsport, but we must refocus on the next event,” said Ott. “Our objective is to fight for the win and to continue our title push.”

First held as a championship round in 2003, Turkey moved to its current Marmaris location in 2018 offering a brand-new challenge. We have since picked up two consecutive third-placed results. Thierry and Nicolas are hoping to bounce back following a disappointing Estonian round.

“It’s our third time visiting this event, which is one of the roughest rallies of the season,” said Thierry. “Our objective will be to get the maximum points we can from the events with a focus on the championship. We’ve always had good speed in Turkey but haven’t been able to get the desired result, so hopefully it will be third time lucky.”

A shortened itinerary in this year’s rally sees 12 stages run over 223km with no on-site spectators due to the ongoing pandemic restrictions. Crews will get their first taste of competitive running on Friday evening with two stages held near to the Asparan Service Park.

We welcome back Sébastien and Daniel to the i20 Coupe WRC, who have never taken part in the Marmaris based version, despite winning in the country three times previously (2004, 2005 and 2010). “I am excited to be back competing for the first time since Monte-Carlo – and my first gravel event since Catalunya last season,” commented Sébastien. “We have had a day of testing ahead of the rally, so I am focused and ready to do the best I can for the team.”

Rally Turkey will take place over three days, starting with 25km of action on Friday evening – Içmeler (13.90km) and Gökce (11.32km). The action heats up on Saturday with 107km of competitive stages across two loops. Sunday will have the longest individual stage of the event, Çetibeli (38.15km) as the rally culminates with the Marmaris Power Stage.

Our Team Principal Andrea said: “We had a fantastic rally in Estonia, thanks to months of hard work by the team at Hyundai Motorsport, but we cannot assume that this will be the same again in Turkey – our rivals are working just as hard. We know that this rally can often have a sting in its tail, so we must remain concentrated right up to the conclusion of the Power Stage.”