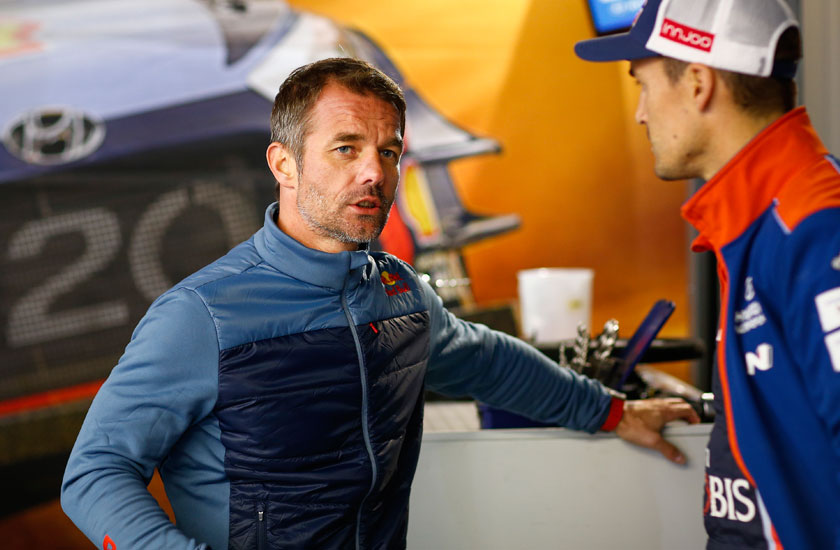 A new name will join our driver line-up for the 2019 WRC season as nine-time champion Sébastien Loeb has signed a two-year contract with our team.

The Frenchman will compete in six rounds of the championship in an i20 Coupe WRC alongside long-time co-driver Daniel Elena, starting at Rallye Monte-Carlo.

Our Spanish crew Dani and Carlos have been confirmed for an eight-rally campaign next season, starting from Rally México. Dani has signed a one-year contract extension, which will mark his sixth consecutive year with our team.

Dani and Sébastien, who were WRC team-mates for four seasons from 2007-2010 will join Thierry and Andreas on our roster for 2019. We also have an open dialogue with Hayden to discuss options for his involvement with our team into next year.

“Sébastien’s announcement is hugely important for our team and we are overjoyed that he has agreed a two-year contract,” said our Team Principal Michel. “Sealing a deal with someone of his immense talent and calibre shows that we are an attractive and competitive proposition in the WRC.”

Sébastien registered his 79th WRC victory in spectacular fashion at Rally de España in October, his first since 2013. He will get his first taste of our i20 Coupe WRC prior to Monte-Carlo, the opening round of the 2019 season.

“I am delighted to announce that Daniel and I will compete in six WRC events for Hyundai Motorsport in 2019,” he said. “Winning at Rally de España re-ignited my desire to continue competing at the very front of WRC. Joining Hyundai will give us a fresh challenge and one that I can’t wait to tackle. I have been impressed with the team’s approach and their determination to succeed.”

The precise programme for Dani and Carlos is still to be defined but the crew will look to build on a positive 2018 season in which they claimed five top-five results including two podiums.

“Hyundai Motorsport has become a special team to me,” said Dani. “We have built some good memories over the years and, alongside Carlos, I felt that 2018 was one of my most competitive seasons. We know that when things work in our favour we can really be strong contenders. We have an exciting crew line-up with Sébastien coming on board. He brings an immeasurable amount of experience which will be a huge benefit to the entire team, as we move forward.”