Third place guarantees us second in the Manufacturers Championship 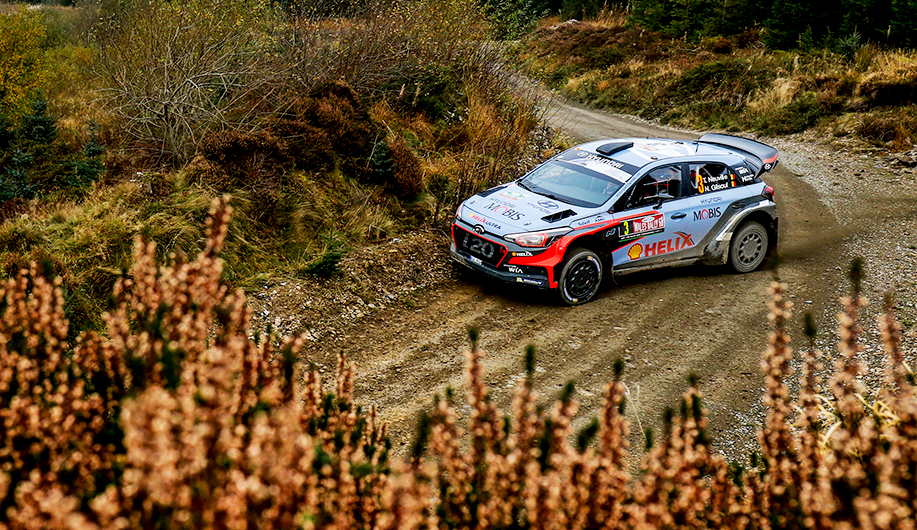 Third place guarantees us second in the Manufacturers’ Championship

We’ve done it again! After 22 slippery, muddy and tricky stages in the Welsh forest, we are celebrating yet another podium result. But this one is even more special. Not only is it our first ever podium in Wales, but it also means we are confirmed runners-up in the 2016 WRC Manufacturers’ table!

We have shown great progress since finishing fourth in our WRC debut season in 2014. We narrowly missed out on second place in 2015 but 2016 has definitely been our year! There’s also good news for our crews as Thierry, Hayden and Dani are inside the top-five in the Drivers’ classification.

Thierry and Nicolas brought their New Generation i20 WRC to the finish of Wales Rally GB in style, picking up an extra championship point in the Power Stage to take third overall. It was a strong performance from our Belgian pair, who have now taken four consecutive podium results since Rally Germany back in August.

“It’s nice to take the team’s first Wales Rally GB podium,” said a jubilant Thierry at the end of the rally.“Everyone has done an incredible job and we’ve had a good car to tackle these tricky stages. We might not have had the car to fight for the win but I’m still happy with a podium.”

Against a backdrop of autumn colour, our three crews all had a trouble-free final morning as they negotiated the slippery Welsh gravel. Heading into Sunday with 12.6s between Thierry/Nicolas in third and Hayden/John in fourth, the battle was on for the final podium position. Unfortunately, our Kiwi crew couldn’t do anything about the gap.

“It was a tight battle with Thierry,” said Hayden, “but we weren’t able to take the fight any closer to him. All we could do was keep the gap as small as possible to remind him that we were there. But he had it all covered.”

Despite conditions not suiting his natural driving style, Hayden knows there are plenty of positives from the weekend: “We know we have areas to improve in these conditions, but this experience will be useful for the future,” he admits. “We now look ahead to Australia with some positive momentum and a good road position.”

It was also a trying weekend for Dani and Marc. Our Spaniards picked up valuable points  which helped cement our second place in the Championship  but they were in reflective mood.

“We just weren’t able to find a rhythm on the slippery stages,” lamented Dani. “Our aim on Sunday was to bring the car home and to take the points. We have to sit down and analyse why we weren’t able to repeat the pace from other events. I tried my absolute best.”

On a day when the clocks moved back one hour in preparation for the winter, we also saw a change in our Welsh fortunes. We have finished fourth in our past two participations in Wales so it’s been particularly satisfying to go one better this year.

“A bittersweet weekend,” was the verdict from Michel. “On the one hand I am pleased we could take our first Wales podium, but on the other we weren’t able to put up a stronger fight. Still, we look to Australia, the final round of the season, with a positive outlook.”

Now with a clear hold on second in the Drivers’ Championship, Thierry is also keeping optimistic: “Our aim is now to finish the season on a high in Australia.”

We’ve never taken a top-three down under, but if there’s a time to break that trend, this seems to be the season to do it.