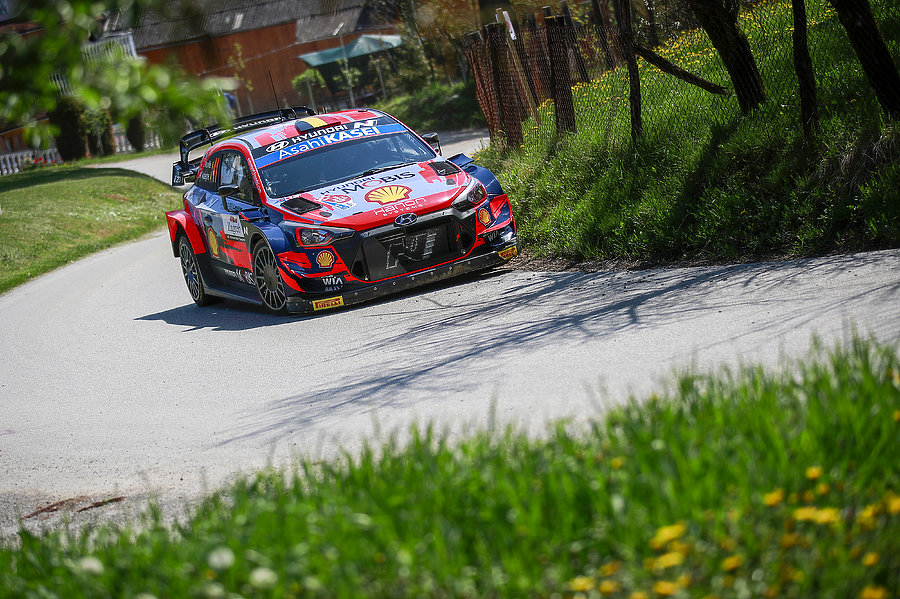 Next up on our 2021 WRC season campaign is the long-awaited debut of Ypres Rally Belgium, a fresh tarmac challenge for the championship that will put our i20 Coupe WRC crews through their paces.

We head to Belgium – a home rally for Thierry and Martijn – on the back of a double podium finish in Estonia with our sights set on the top spot. Our home heroes will take part in the event for the first time as a crew, although Thierry has fond memories from his win in our R5 car back in 2018.

“We are all very much looking forward to be going to Ypres,” he said. “I think we are going to see a lot of action; it has different characteristics to any other tarmac event we’ve seen so far. With it being in Belgium, and in WRC, I’m sure it will be great atmosphere.”

Putting experience to good use

Joining them in the eighth round of the season will be Ott/Martin and Craig/Paul. Our Estonians will be aiming for a strong performance on tarmac, learning lessons from Croatia Rally earlier in the year, despite it being a new rally.

“I’ve seen some footage from Ypres,” said Ott. “We managed to do a one-day test there before the event was cancelled last year and our feeling was that it is certainly going to be a challenging weekend. I am certainly hoping for a better all-round feeling at Ypres.”

Craig and Paul picked up an excellent second place in Estonia, and have also previously won at Ypres. “I’ve been lucky enough to do it quite a few times across my career, and last time I was there in 2019 we managed to win the rally,” said Craig. “On paper, it seems to be a strange profile of event but when you are in the car it is an amazing challenge.”

Adding his thoughts, our Team Principal Andrea remains upbeat. “We welcome the opportunity to compete at Ypres Rally Belgium,” he said. “Our objective is to pick up where we left off in Estonia, where we took a double podium finish, and to try our best to compete for the victory.”

In addition to WRC action, Ypres will be a special event for our company with the competitive debut of our brand-new i20 N Rally2 in the WRC 2 category. The car will be in the capable hands of Oliver Solberg/Aaron Johnston and Jari Huttunen/Mikko Lukka.

“To be given the chance to drive this fantastic car for the first time in competition is so exciting,” said Oliver. “I can’t wait to show the world what Hyundai Motorsport has been so busy making.

“We have a lot to be excited about with the competitive debut of the i20 N Rally2,” said Jari. “We have carried out a lot of testing with the new car and we have a positive experience with it.”

“It’s always a special moment when a new car makes its debut, and this rally is no exception,” commented Andrea. “The Customer Racing team at Hyundai Motorsport have put a lot of hard work and effort into developing the Hyundai i20 N Rally2, and the new Ypres Rally Belgium will be the perfect opportunity to see the car in action.”