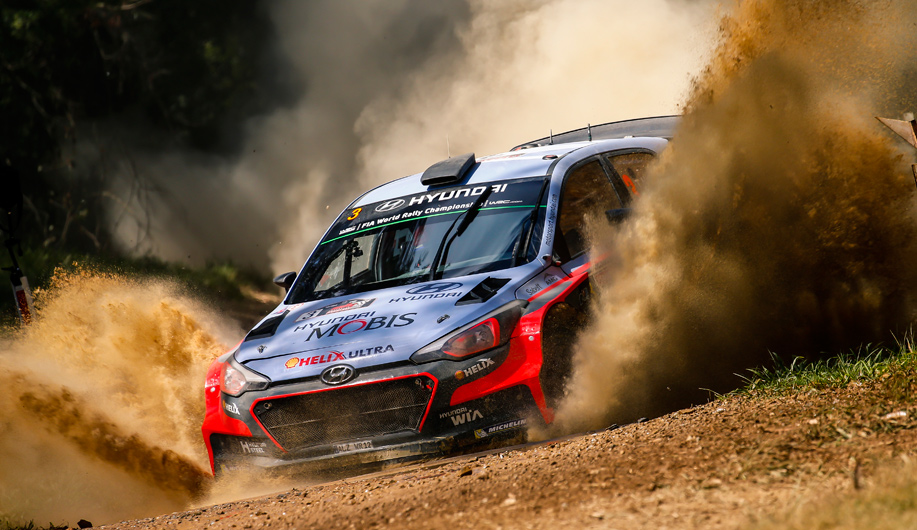 What a 2016 season it was! From the very first rally of the season in Monte-Carlo, it was clear that our New Generation i20 WRC would be one to watch. It only took until the 12th stage of the season  Monte’s St. Leger Les Melezes  La Batie Neuve test  for the fruits of our hard work to materialise.

Thierry, Hayden and Dani claimed our first ever 1-2-3 in a WRC stage. For Thierry and co-driver Nicolas, it was a prelude to their first podium of the season, third place, and our debut top-three in Monte-Carlo. Such celebrations were to be a regular occurrence in 2016.

It was one highlight after another. Thierry’s Monte podium was followed by second for Hayden and John in Sweden, and a close-run fourth for Dani and Marc in Mexico. Then came Argentina.

Our Kiwi crew were on flying form, tackling even the most daunting of stages and competitors with composure. A head-to-head battle in the Power Stage against Seb Ogier offered a nail-biting rally finale that resulted in Hayden and John taking their first WRC win and a debut for our NG i20 WRC. Their Power Stage performance would go onto win the Certina Timing Award at the end-of-season WRC celebration event.

Just two rallies later, Thierry and Nicolas took the honours with a win in Sardinia. It was a breakthrough rally for the Belgian crew who went on to finish second in the Championship. They were back on the podium in our home event, Rally Germany, in the summer, right behind Dani and Marc who impressed everyone with a strong run to second.

Thierry and Nicolas went on to claim a string of top-three results right up to Australia, including a second double podium with Dani and Marc in Spain.

Hayden and John, too, were in the mix. A podium in Poland and a trio of fourth places in Spain, GB and Australia were among their standout performances in the second half of the year.

Let’s look at some of the statistics that summarised our 2016 season: two victories, ten additional podiums, 47 stage wins, 24 Power Stage points and top-three results in ten out of the 13 rallies. Second place in the Manufacturers’ and Drivers’ Championships, with all three of our crews finishing in the top-five.

But we’re not in WRC to make up the numbers we hope 2017 will be even better!