Aiming high down under 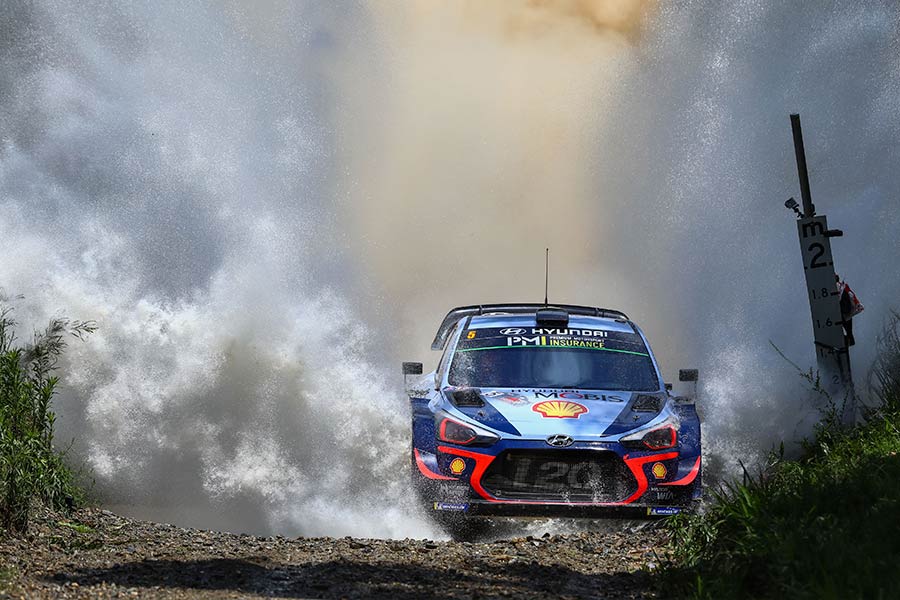 Our team heads to Australia for the 14th and final round of an action-packed 2019 FIA World Rally Championship (WRC) season aiming to secure our maiden manufacturers’ title.

Victory and third place at Rally de España helped us to increase our advantage in the standings to 18 points with 43 up for grabs in the season finale.

“We are approaching Rally Australia in the same way as every other event on this year’s calendar, with attention to detail, determination and a clear focus on securing a strong team result,” said our Team Director Andrea. “Of course, there is a much bigger prize at stake at the end of it, but if we concentrate on managing the things in our control, doing a professional job, we have every chance of fulfilling our title ambitions.”

Three crews will tackle 25 special stages as the 2019 title chase reaches its culmination. The dusty gravel track near to the Coffs Harbour service park offers our crews a tricky test with road position often playing a key role.

Thierry/Nicolas’s victory in Spain – our fourth of the season – moved the pair into second place in the drivers’ championship.

“I have always enjoyed Rally Australia, with its fast and flowing gravel stages through the forest,” said Thierry. “The cleaning effect is a bit more severe in this event so it won’t be easy for us. Even so, we will give our maximum effort in order to secure the manufacturers’ title.”

Focusing on the championship

Thierry/Nicolas will be joined by Dani/Carlos and Craig/Paul as we aim to finish the season on a high down under.

“As the final round of the season, everyone will be focused on the championship,” said Dani. “Our result in Spain helped to extend the team’s lead but there is still the most important part of the job still to complete in Australia.”

Rally Australia will mark a third outing for Irish crew Craig/Paul in the Hyundai i20 Coupe WRC.

“There are some nice roads in this rally with some incredibly beautiful landscapes, too,” said Craig. “There is a lovely flow; it’s nice and fast in places as well. We are back with one mission: to help the team lock down the manufacturers’ championship. That’s what we fully intend to do.”

Action at Rally Australia begins on Thursday with two short runs on the Destination NSW at Coffs Harbour.