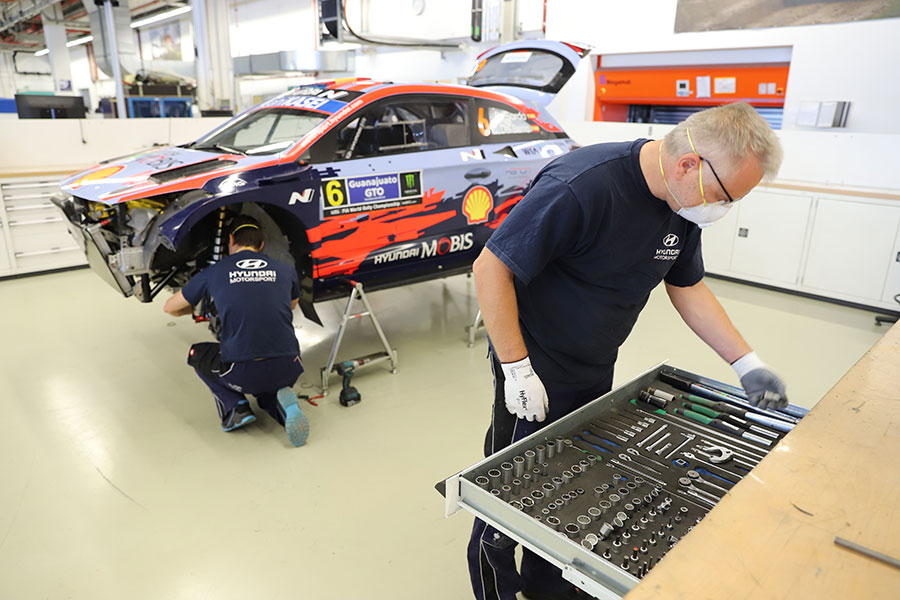 In recent weeks, operations at our Alzenau headquarters have resumed. Around half of our workforce is still working from home, while colleagues working in the factory are following strict social distancing and other precautionary measures.

Our company has had to pivot to ever-evolving schedule changes caused by the impact of the COVID-19 pandemic. The FIA World Rally Championship (WRC) season will not resume until mid-September at the earliest, while the WTCR – FIA World Touring Car Cup has announced a revised calendar starting at the Salzburgring on the weekend of 12-13 September.

Our Team Principal Andrea said: “We have an extended period of no championship action, so we’ve looked at how we might be able to keep active. We hope we can field our i20 Coupe WRC and i20 R5 in a handful of events this summer.”

Two factory i20 Coupe WRC cars are set to feature in Rally di Alba (July 31-August 2) with Pierre-Louis taking to the stages in a customer WRC car. Craig and Jari Huttunen will also compete in two i20 R5 cars at the event.

Local hero Ott will be joined by Thierry Neuville for Rally DirtFish in Estonia (August 7-9), with Jari at the wheel of the R5 test car.

Support for customers
Our team remains ready to provide its usual dedicated support to customers as more series resume their activities.

Our Customer Racing department is building cars and fulfilling orders that were put on hold due to the pandemic. Tests with the R5 and TCR cars are planned within Germany in July before additional European locations over the summer.

In the virtual world, WTCR drivers Norbert Michelisz and Luca Engstler will join the Pre-season esports tournament set to be broadcast on Eurosport over a seven-week period starting from June 14.

“We want to give our drivers and co-drivers the opportunity to compete and put a smile back on fans’ faces. This has been a challenging time for a lot of people, but there is some light at the end of the tunnel, so we must continue to take cautious steps back to our normal routines,” concluded Andrea.