Four Hyundai i20 Coupe WRCs set for the Welsh stages 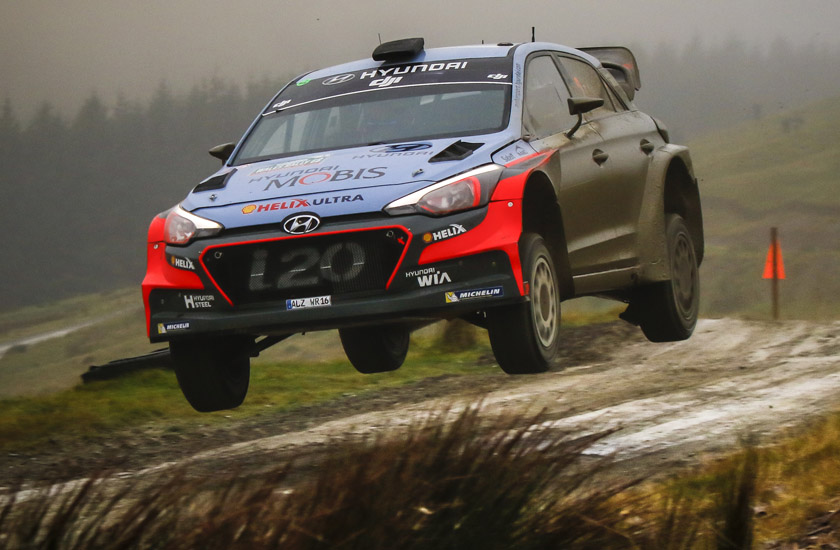 Four Hyundai i20 Coupe WRCs set for the Welsh stages

We have announced a four-car line-up for the penultimate round of the 2017 WRC season, Wales Rally GB.

Our championship title contender, Thierry, will compete in the gravel event alongside our latest recruit Andreas, as well as Hayden and Dani.

“We had always retained the hope of running four cars in Wales Rally GB,” explains our Team Principal Michel. “We believe that this competitive line-up gives us a chance of keeping both drivers’ and manufacturers’ titles alive.

Thierry scored our first-ever GB podium in last year’s event, finishing in third place. Andreas also achieved a top-three result in 2015, showcasing his potential on the tricky and often slippery roads in Wales.

Hayden has finished strongly in the event in the past, so it is the perfect occasion for him to return to form. Dani, twice a podium finisher in Wales, will be aiming to emulate his previous feats.