Day of drama in Turkey 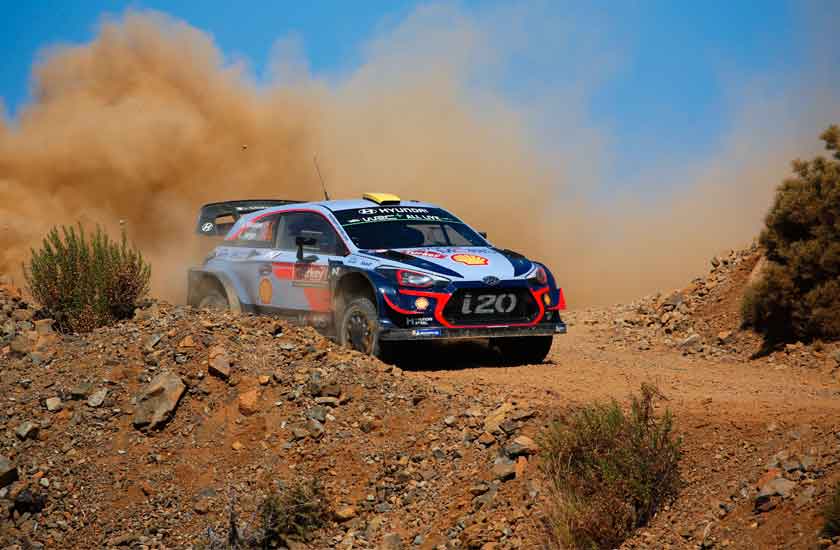 If Friday set the scene for a thriller, few could have predicted how many twists and turns would come as Rally Turkey produced one of the most turbulent days in recent WRC history!

Unfortunately, it was two of our leading crews who were the main protagonists of a dramatic Saturday on the Marmaris coast.

Overnight leaders Thierry and Nicolas, chasing their fourth win of 2018, fell victim to the opening stage of the day, the 34.34km Yesilbelde test. Irreparable suspension damage in the harsh conditions forced them out of the rally.

“I am devastated,” said Thierry. “I felt like I had a slow puncture. Suddenly the bonnet started to move and the damper popped out. We finished the stage but there was no chance to continue. All we can do is to fight back on Sunday.”

There was more heartache to come. Andreas and Anders took their third stage win of the weekend in the morning, and moved back into the rally lead by lunchtime. From the start of the afternoon loop, though, it was clear there was a technical problem.

“We knew almost immediately we had a driveshaft issue,” said Andreas, “and that it would be impossible to fight for the lead anymore. I am incredibly disappointed. I really think we could have won this one.”

Chaos and the calm

Among the chaos, Hayden and Seb emerged unscathed and up into the provisional podium positions in third overall.

“It has been complete mayhem,” said Hayden. “We stuck to our plan and it seems to have paid off. I’m happy to be in P3, but sad for my team-mates.”

A brutal day for the nerves left our Team Principal Michel deflated: “We have definitely had the wind taken out of our sails today,” he said. “We take consolation from seeing Hayden and Seb in third place and will regroup this evening to tackle the final day with full motivation.”

Three separate stages will be run on Sunday with the 7.14km Marmaris test repeated as the all-important Power Stage, where the championship contenders will be vying for precious extra points.