Day 2: Hayden and Seb hold onto top-five as home heroes heat up 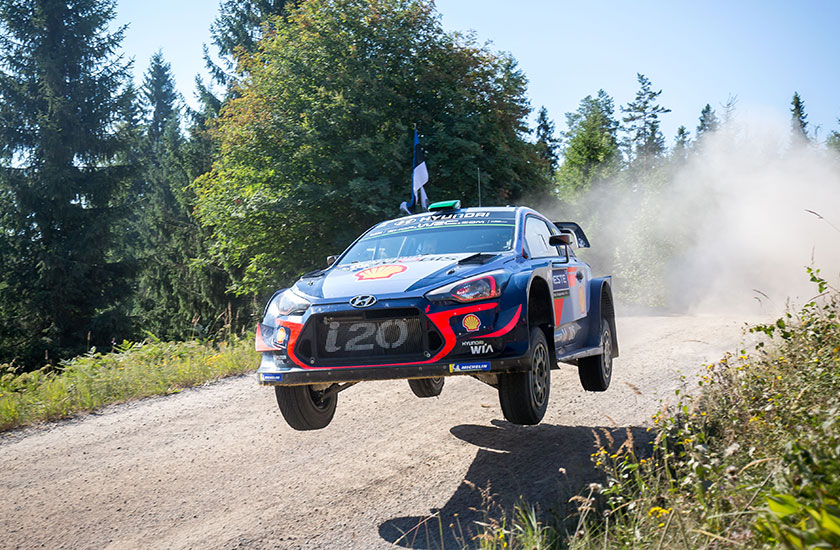 Day 2: Hayden and Seb hold onto top-five as home heroes heat up

All three of our crews have made it safely to the end of the penultimate day of Rally Finland, round eight of the 2018 WRC season, with Hayden and Seb still inside the top-five.

Our #6 crew have enjoyed another consistent day on the fast Finnish stages and are involved in a close battle for fourth with local hero Esapekka Lappi. Nine seconds separate the two after 19 of the weekend’s 23 stages.

“He’s been a man on a mission,” said Hayden of the Toyota Gazoo Racing driver. “I am pleased to be up there with Finns on their home turf and drivers who have won this event before.”

Our Team Principal Michel added: “We asked Hayden to take things steady today to protect those manufacturer points. It’s a salvage mission more than anything else.”

A total of eight stages have been contested over a distance of 142.86km, making it the longest individual day of the rally.

Thierry and Nicolas were second on the running order on Saturday with Andreas and Anders kicking off each stage. Both crews were unable to make much impression on the stages, ending the day in tenth and eleventh overall.

“Road position has been important here and the dry conditions have made it a huge challenge,” said Michel.

“I feel we’ve had a decent day, taking no risks,” summarised Thierry. “We knew there would come a time when our job would be trickier. Finland is a particular event; we just have to enjoy it and accept our limitations.”

For Andreas, too, it was a day of frustration. “We have had to use today’s stages effectively to get some mileage under our belts in an effort to improve the car,” he said.

“It’s been disappointing not to mount a closer fight but we can’t become downhearted,” concluded Michel. “We will try to finish on a higher note.”

Four stages will take place on Sunday morning, covering a distance of 45.72km. Extra driver points are available to the five fastest through the Ruuhimäki Power Stage.