Revealing our ambitions for our tenth season 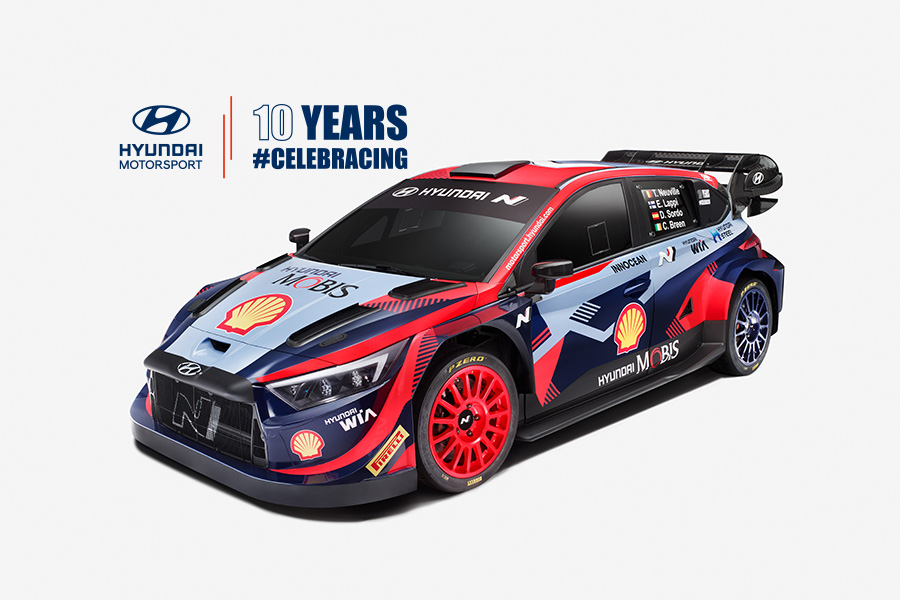 Revealing our ambitions for our tenth season

A new season awaits! 2023 marks our tenth year in the FIA World Rally Championship, and our team is prepared to meet the challenge head on.

Our target is to build upon our strong finish to 2022 with our i20 N Rally1 Hybrid and fight for both the drivers’ and manufacturers’ titles. We worked tirelessly in 2022 to develop and improve the package of our new hybrid challenger; as a result, we were the highest scoring manufacturer in the second half of the season.

With a new driver line-up, we aim to use this as a springboard to further success in our milestone anniversary year.

Our President Sean Kim said: “Last year was one of the most challenging for us as a team, yet perhaps also one of the most rewarding. We see 2023 as a continuation of the chapter we started in 2022. We have a competitive package in the i20 N Rally1 Hybrid, a line-up of crews hungry to fight for the titles, and a hard-working team behind the scenes ready to carry the momentum from one season to the next.”

Refreshed line-up ready for battle
At the helm of the i20 N Rally1 Hybrid for every round will be Belgians Thierry and Martijn (competing with #11) and team newcomers Esapekka and Janne (#4).

Thierry has been a part of our team since the very beginning and enters his third season with co-driver Martijn. Together, they have emerged as consistent contenders, taking four wins and 12 podiums in their first two seasons.

“The competition is going to be very tough again, but after a strong second half of 2022 for us, I think we can expect a more equal fight during 2023,” said Thierry. “The target remains unchanged: to win both championships.”

Esapekka and Janne will make their debut for our team at Rallye Monte-Carlo later this month. The Finnish crew impressed on their appearances in 2022, taking three podium finishes on a variety of surfaces.

“I’ve done a couple of days testing the car, and it was a positive surprise to feel so comfortable in it so quickly,” admitted Esapekka. “We are ahead of where I was expecting us to be and I’m looking forward to getting started.”

Spaniards Dani and Cándido proved to be a reliable pair of hands in 2022, scoring three podium finishes in five appearances.

“The start of a new season means that everybody is equal on points, and we don’t know yet how competitive the other cars will be,” said Dani. “I feel this could be a really good one for us; it is not so much a case of finding our feet, but continuing momentum.”

Craig returns to the team after a season away, ready to get up to speed quickly with our i20 N Rally1 Hybrid alongside his new co-driver James.
“It is great to be back at Hyundai Motorsport,” added Craig. “The car is completely new, but it feels really nice to drive. There is no reason why we can’t win the title again; all the ingredients are there to do it.