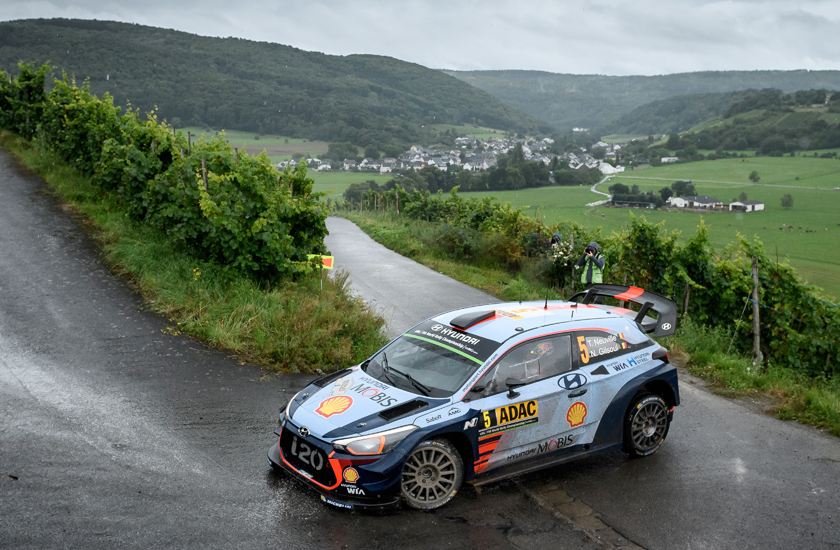 Incredibly, it has been four months since we last competed on tarmac in WRC. Since April, we have tackled four challenging gravel rallies – Argentina, Portugal, Sardinia and Finland  taking back-to-back victories and a total of four individual podiums. Now, we’re returning to tarmac for our home event, Rallye Deutschland.

The German round of the championship holds special memories for our team, where we claimed our first-ever WRC victory back in 2014. Its unique composition of tarmac stages with vineyards, military roads and country routes presents a rally like no other on the calendar.

We struggled for pace at the previous tarmac round at Tour de Corse, but we have carried out important development tests with our i20 Coupe WRC since then.

“Rallye Deutschland requires a very different approach to other rallies, with a unique combination of stages,” explained our Team Principal Michel. “We have a more intensive test ahead of this rally because of the mix of stages that we will face.”

Leading the drivers’ championship, Thierry will be looking for a home advantage with fellow Belgian co-driver Nicolas. “It is a home rally for the team and also located close to the Belgian border, so we see lots of travelling fans coming to support us,” he said. “I am ready to get back to the front.”

Andreas and Anders left Finland frustrated but confident of a better result in Germany. “Rallye Deutschland is a rally with plenty of variety and challenges, one that I find highly enjoyable,” said Andreas. “We’ve not had the sort of results recently that we know we are capable of, so I am determined to rectify that in Germany. ”

Returning to the #6 car in Germany, Dani and Carlos will be hoping to add to their podium tally. “As a team, we have been competitive in Germany in past seasons, with some happy memories of the podium. That’s got to be our target against tough competition from our rivals,” said Dani.

Michel concluded: “We want to demonstrate a more assured performance but I am quite optimistic we can be competitive.”

Rallye Deutschland gets underway with a super special stage at St. Wendel on Thursday 16 August before taking in a further 17 stages over the weekend.