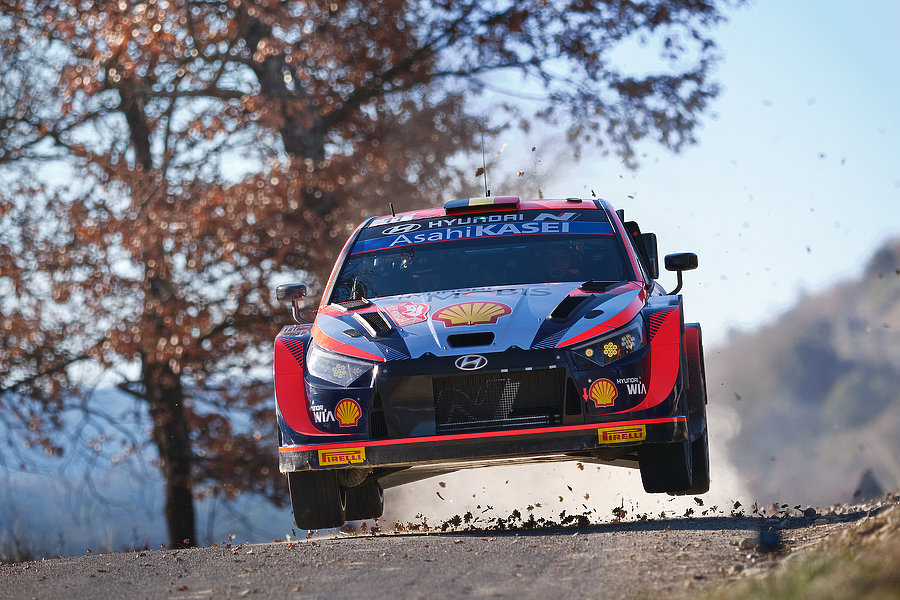 The hotly anticipated hybrid era of the World Rally Championship got underway at the iconic Rallye Monte-Carlo on a weekend full of drama and high-octane action.

Opening a brand-new season with night stages on Thursday evening gave the Rally1 cars a spectacular first test. The ups and downs of the La Bollène-Vésubie/Moulinet stage, climbing to the iconic Col de Turini and then descending again, would reflect the rollercoaster weekend that would follow for our team.

Thierry and Martijn completed the rally in sixth place after a weekend of maximum effort from our Belgian crew. A committed final day saw them take a stage win and three extra points from the Power Stage.

“We had a tough weekend,” said Thierry. “There has been a huge amount of work behind the scenes to prepare for this event, from me and Martijn, as well as the team, so to come away without any reward is hard to accept. We won’t give up. There are different areas we are going to work on but most important is the reliability.”

Oliver and Elliott had the sole objective of using their first WRC event with our team as a learning experience. They were able to show their potential with the third fastest on Saturday’s final stage, which equalled their best-ever. Unfortunately, they also experienced recurring issues with fumes in the car, which left them feeling unwell on the final morning. We decided to withdraw them from the rally on health grounds.

“It’s been a long, tough weekend but I am happy with what I’ve done,” said Oliver. “Even if it’s been tricky, we’ve set some good splits and stage times. There are always positives to take away. Together as a team we’ll keep pushing and working to improve for next time!”

Looking at the positives, Friday’s repeated loop of three stages allowed our crews to show the potential of our new car, with Ott/Martin and Thierry/Martijn setting improved pace.

“The biggest progress we have made today has been consistency,” said Ott after Friday’s stages. “Things were functioning well, so we have been able to recover a bit and have more fun.”

Sadly, a puncture and an incident on the icy roads of Saturday’s Saint-Geniez/Thoard forced the pair to retire with no chance of resuming on the final morning. “A very small, but ultimately costly mistake,” he said.

Summarising Rallye Monte-Carlo, our Deputy Team Director Julien Moncet said: “I am disappointed for all the team who have pushed so hard, those at the rally and those at the factory. I am not happy because we are here to win, and the result is not according to our expectations. Nevertheless, we have been able to check a lot of systems on our new car, and there are always good things to take out of even the most difficult moments.”

The second round of the season will see the return of Rally Sweden, where our team will be aiming to bounce back over the weekend of February 24-27.

2022 FIA World Rally Championship for Manufacturers’ Standings
After round 1

2022 FIA World Rally Championship for Drivers’ Standings
After round 1