We take four cars and a revised line-up into the final WRC round of 2015, where we will try and reclaim second in the Manufacturers Championship. 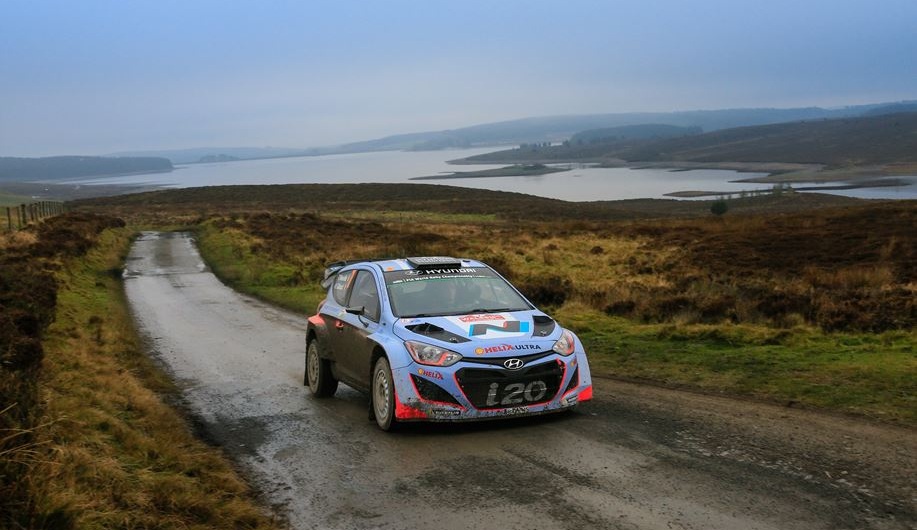 We take four cars and a revised line-up into the final WRC round of 2015, where we will try and reclaim second in the Manufacturers’ Championship.

November 6, 2015 – Our team is excited to land in Great Britain next week for Wales Rally GB, the final round of the 2015 WRC season, with all eyes on securing second place in the Championship. Just four points separate us from our closest rivals with all still to play for.

We have a four-car entry for Wales Rally GB with a slight revision to the driver line-ups in our two respective teams. Dani Sordo and Hayden Paddon will drive for the Hyundai Shell World Rally Team in the #7 and #8 cars, scoring points in our fight for second place.

Thierry Neuville will drive the #20 car for the Hyundai Mobis World Rally Team in this event, with a focus on developing his rhythm ahead of the 2016 season. Thierry will be joined by Kevin Abbring, who returns for the final event of his four-WRC programme with our team, driving the #10 Hyundai i20 WRC.

Wales Rally GB is a classic rally challenge, known for its high-speed forest runs and tricky conditions. The variety of mud, rain, fog and snow makes pace notes very important. Our team will use gravel suspension and soft compound tyres to maintain grip and control on the roads.

“We reach the final round of 2015 involved in a big fight for second in the Manufacturers’ Championship,” commented Team Principal Michel Nandan. “We have made some changes to our driver line-up with Dani and Hayden scoring Manufacturer points for Hyundai Shell WRT, and Thierry having a ‘free’ rally to regain confidence for 2016. We will have four cars for this event, with Kevin completing his four-rally programme at an event where he has previously been successful. Rally Wales GB is always a surprising event with difficult conditions and limited daylight. We will push to reclaim second, a position we have held frequently up to this event. It won’t be easy but we are up for the fight!”

Dani most recently scored a home podium in Spain and is excited to try and continue his success on the Welsh gravel.

“We had a great result in Spain,” he said. “I hope to take that forward to the final round in Wales. This rally has difficult conditions with slippery surfaces – mud, rain and gravel. It is a special event, the last of the season. We will be extremely focused. The most important thing is that I do my best in our fight for second in the Manufacturers’ Championship. I am confident we can do it if we find a good rhythm.”

Hayden has claimed several top-five finishes in recent races and will feel at home in Wales as he hunts for a strong points finish.

“Wales Rally GB is a bit like a home event for me,” explained Hayden. “An English-speaking country where I have a lot of experience, Wales is where I competed in my first WRC round outside New Zealand. Now we are scoring points for the team, we have to make sure we have a strong event and bring home some good points. I look forward to the rain and mud and sliding around in the forest. Of course, we want to finish on a high so we will be pushing the whole time.”

Thierry continued to rediscover his form in Spain and will keep improving his rhythm with a stress-free run in Wales.

“Wales will be for us to find a good feeling with the car again,” said the Belgian. “The rain can be heavy and make stages slippery, especially on second pass when roads are loose. The team is still in a close fight for second in the Manufacturers’ Championship and we will wish for the best outcome. It would be nice to rediscover the pleasure we usually have when rallying. We hope the team can build on the result we had last year, when we were very close to the podium.”

Kevin returns as our fourth driver for the first time since Corsica, where he ran as high as second overall. He will build more experience in Wales in preparation for next season.

“I am really looking forward to Wales,” said the young Dutchman. “The conditions will likely be some of the most challenging of any WRC round. It’s the perfect way to end the season and my four-rally programme with Hyundai Motorsport, which has been incredible. Each rally has allowed me to make invaluable developments as a driver – I aim to put all that to use in Wales. I have experience in Wales myself, winning 2011’s S2000 class. I will push to the best of my abilities to finish on a high with the team.”

The 19 stages of Wales Rally GB cover over 300km through Mid and North Wales with the service park based in Deeside. Highlights include Friday’s fan-favourite Sweet Lamb stage, Saturday’s iconic Chirk Castle pass and Sunday’s Great Orme run along the headland.