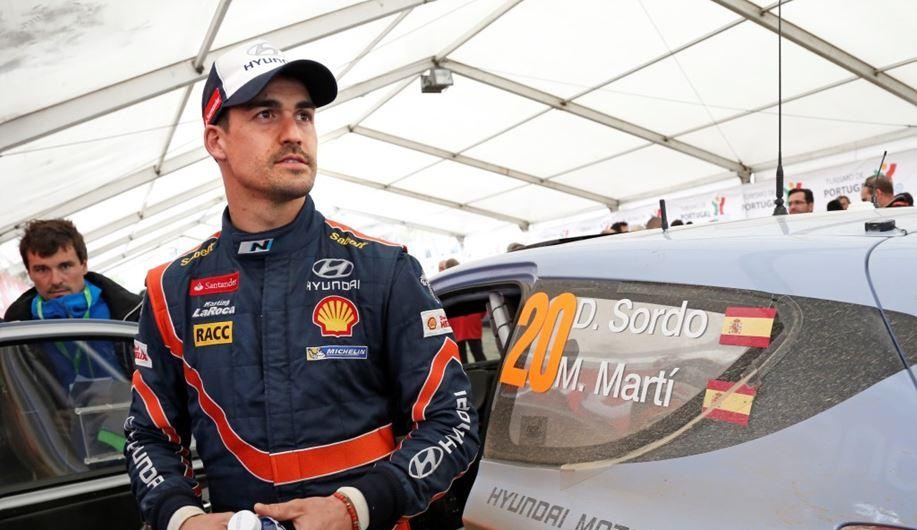 April 8, 2014 The Hyundai Shell World Rally Team will compete at next month’s Rally Argentina with two cars with Dani Sordo joining Thierry Neuville behind the wheel of a Hyundai i20 WRC.

It was originally planned for Juho Hänninen to compete alongside Neuville in Argentina but following Sordo’s impressive performances in Portugal, which included two stage wins, the team wanted to give him a further opportunity.

The team had hoped to run three cars in Argentina to allow all three drivers to take part in the rally. Unfortunately, it would be impossible in the time frame and considering the logistics of an overseas rally.

Hänninen is contracted to Hyundai Motorsport for several rallies this season and it has been jointly agreed that the precise order of those rallies will be rearranged to reflect the change of driver line up in Argentina. The Finn will still join Hyundai Shell World Rally Team in Argentina and he will complete the recce with the team. His next WRC participation will be at Rally d’Italia Sardegna in June.

Team Principal Michel Nandan commented: “We felt that it was fair to give Dani a second consecutive rally participation following his excellent performance in Portugal. We had wanted to add a third car to our existing two-car entry but it proved logistically and practically impossible given the tight timescales and the required repairs to the car from the last rally. We therefore discussed with Juho to move his next rally back to Sardinia, which he understood and graciously accepted. Juho will still play an important role with the team in Argentina in the recce.”

Dani Sordo said: “I am very grateful to the team for giving me the opportunity to compete in Rally Argentina. We showed great pace and performance with the Hyundai i20 WRC in Portugal and it was a shame that we were not able to fight to the finish. I am keen to use that as a platform for Rally Argentina. I expect a lot of support from the local fans and I will do all I can to help develop the car to the same level as in Portugal.”

Juho Hänninen said: “I fully support the decision made by the team to put Dani in the car for Argentina. Obviously, I would have loved to take part and I know the team considered three cars but I appreciate it’s not possible in the circumstances. I’ll still play a role during the recce and I’ll be supporting Thierry and Dani with the rest of the Hyundai Shell World Rally team befo re getting back in the Hyundai i20 WRC at Rally Italy Sardegna.”