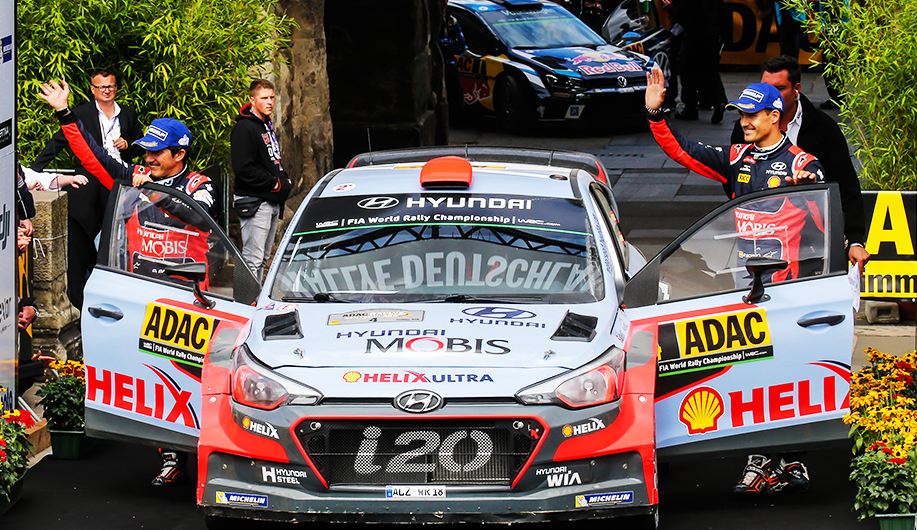 Just one day after scoring his first podium of 2016, we’re delighted to announce that Dani has signed a two-year extension to his current contract with our team.

It means that our Spanish star will remain with the team until the end of 2018  great news, we’re sure you’ll agree!

Along with his co-driver Marc, Dani has played a vital role in establishing our team in the competitive world of WRC since our first rally back at Monte-Carlo 2014. We’ve shared some truly unforgettable moments since then.

Who could forget our historic 1-2 result in Germany two years ago? There was also that hard-fought podium in his home event in Spain last year. They have regularly been among the quickest WRC crews this season with four consecutive fourth-placed finishes and that impressive podium in Germany.

“Dani has been an essential member of our team since we joined WRC back in 2014,” says our Team Principal Michel Nandan. “He is motivated and consistent, and helps us to improve on and off rallies. We can now look forward to even more positive progress in the future.”

Dani is also excited at what the future will hold with new regulations coming into effect for next season.

“This team has become like a family to me,” he says. “I have had the pleasure of helping this young team grow into real contenders in just a few years. My aim is to fight for WRC wins and podiums on a regular basis. I know that is a realistic goal.”

Dani is not waiting until next season for his next big result, though. With Tour de Corse next up on the 2016 calendar  and his home rally in Spain two weeks later  he is definitely looking to continue his strong form.

“We’ve had our most successful season to date in 2016,” he adds, “but I know there is so much more to come in the final rallies of the year.”