On top in Turkey 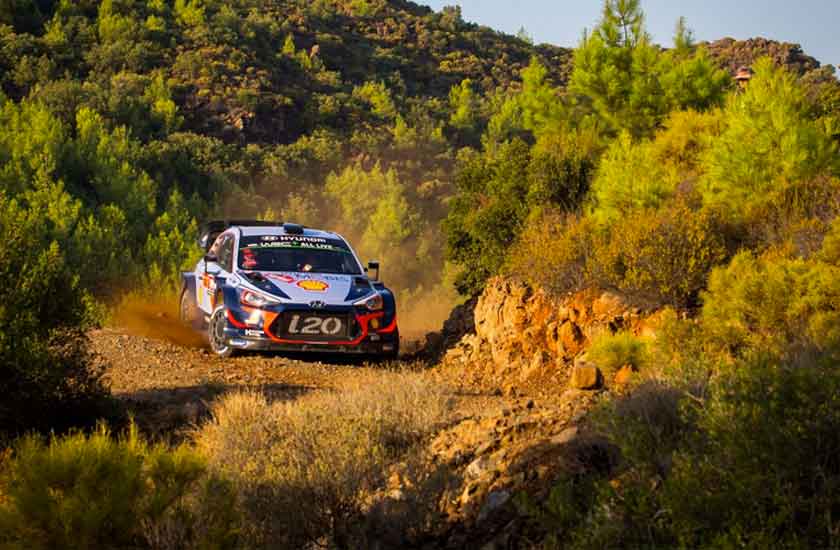 The script has been written for an exciting WRC weekend in Turkey, with championship contenders Thierry and Sébastien Ogier just 0.3-seconds apart at the end of Friday’s schedule.

Yet, this rally is far more than a scrap between the title rivals; Andreas and Anders have also featured strongly on the opening day leading the event for three stages.

It was our Norwegian crew who had set the early pace on Thursday evening’s Super Special, taking the first of two stage wins. Their second was to come at the end of Friday’s opening loop  in the 12.57km Çiçekli stage  moving to the top of the timesheets.

“We made a clever tyre choice which really paid dividends,” said Andreas. “We knew the afternoon would be harder”. He wasn’t wrong. A right-rear puncture and a used set of tyres dropped them to third but within striking distance of the new leaders.

“I am pleased to end the opening day inside the top-three,” he added, “and to be involved in a close fight for the lead with Thierry and Séb.”

Like Andreas, Thierry also notched up two stage wins on Friday, in both runs through the 21.75km Ula test. Despite starting first on the road, our Belgians put themselves firmly in the victory hunt.

“A great way to start this new event,” commented Thierry. “The conditions have been really tough. These roads have been completely different to any other challenge we’ve faced this season, which keeps things fresh. It’s exciting, just how we like it!”

Holding up to the test

Hayden and Seb are not far behind in sixth overall, having enjoyed a hard-fought, but trouble-free start to Rally Turkey.

“Some of the roughest conditions I have ever seen,” remarked Hayden. “It is a testament to the strength of these cars that they withstood the stages as much as they did. Considering the conditions, not a bad start.”

Six special stages make up the schedule for Saturday, over a total distance of 130.62km  marginally shorter than Friday’s gruelling itinerary.

“We expected a step into the unknown and we have not been disappointed,” said our Team Principal Michel. After 147km of stages there are just 2.6-seconds between Thierry in first, Ogier in second and Andreas in third  quite incredible!”