Day 2: Pushing for a positive final day in Corsica 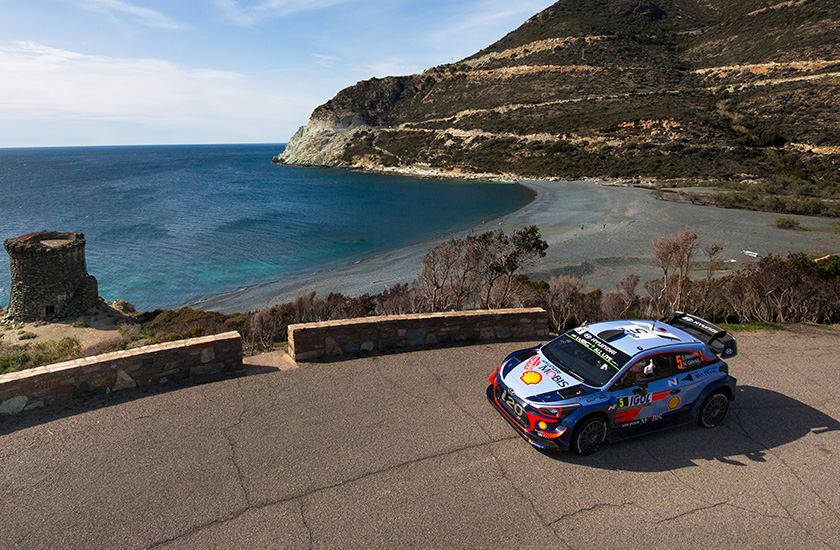 Day 2: Pushing for a positive final day in Corsica

The unrelenting twists and turns of Tour de Corse have delivered another demanding day for our three crews, but we are still firmly in the hunt for a podium finish at the end of Saturday’s six stages.

Thierry and Nicolas are involved in an exciting battle for second overall, with just 0.1s splitting them from the Toyota of Ott Tanak. However, it wasn’t an easy day for our Belgians.

“We have pushed as much as we can in every stage  a bit too on the edge at times,” said Thierry. “Like yesterday, we had to accept certain limitations to what we could achieve. A difficult weekend so far.”

Saturday’s itinerary totalled 136.90km, the longest day of the rally, including several new routes and established classics. For our three crews, unfortunately, struggles with the car set-up prevented them from fighting higher up the classification.

Dani/Carlos and Andreas/Anders both moved up two positions as a result of other’s misfortune, putting them in contention for strong points on Sunday. The rally’s most gruelling stage  a 55km route  is still to run, so there’s a lot to play for.

“We made some modifications to the car, which gave us a bit more confidence,” said Dani. “There are still some settings issues to resolve. We aim to improve on Sunday’s long stage. It might be too late but we won’t give up without a fight.”

Andreas had a similarly positive outlook at the end of a tough Saturday. “Seventh is not where we want to be. It is important for us to continue trying to improve the car and our pace until the end of the rally.”

Our Team Principal Michel summarised: “We have tried to improve the settings of our car to give the drivers a better feeling. We didn’t make any drastic changes but we haven’t been able to match the pace of some of our competitors. The crews have given it their maximum effort, which is all we can ask for.”

The longest stage of Tour de Corse will get Sunday’s schedule underway, followed by the 16.25km Pénitencier de Coti-Chiavari Power Stage, with additional driver points available for the top-five fastest crews. At Corsica, there are opportunities around every corner, and we aim to take advantage of any that come our way on the final day.