Prepared and poised for Portugal 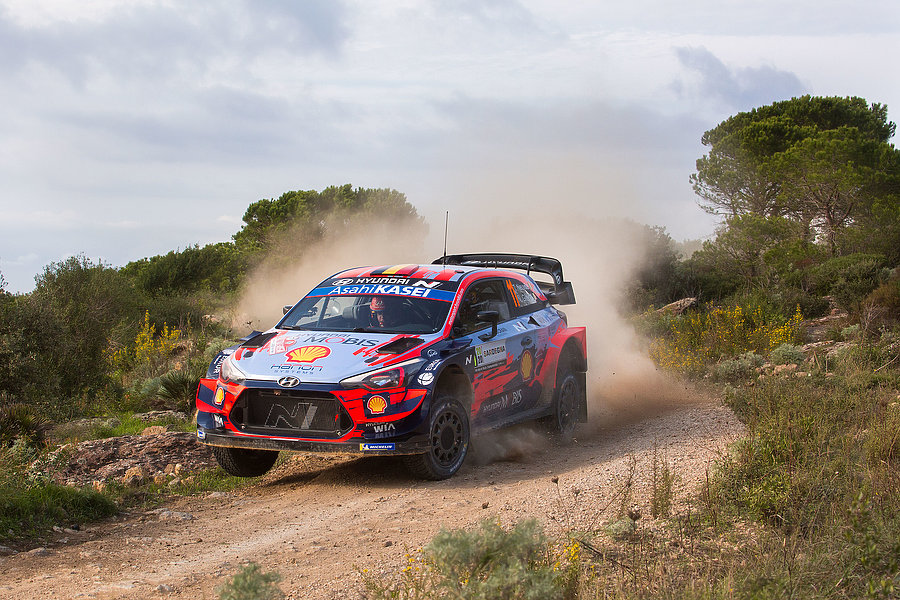 Our team is preparing for a return to gravel action! Three crews will be competing for glory with our i20 Coupe WRC at Rally de Portugal, the fourth round of the season, next week (May 20-23): Thierry/Martijn, Ott/Martin, and Dani/Borja.

Our top priority is a competitive performance at the Matosinhos-based event as we bid to reclaim lost ground in the manufacturers’ championship. We lie second in the standings, 27 points adrift of the top spot.

“We don’t just want to be in contention for victory, we want to demonstrate clearly our championship intentions,” asserted our Team Principal Andrea. “This is a rally where we have enjoyed previous success but that doesn’t count for anything; we have to deliver, and I am confident in our team and crews to do just that.”

Ready to hit the ground running
Our Belgian crew added a third podium to their 2021 tally in Croatia and head to Portugal to add to a hattrick of top-three finishes.

“Rally de Portugal has always been a highlight in the calendar,” said Thierry. It is going to be challenging and long rally. There is a lot of mileage to do and at the end there will be only one winner, so we have to be on top form to put ourselves in contention for victory.”

“Our aim is to bounce back after a tricky and unrepresentative weekend in Croatia,” added Ott. “Portugal generally has soft and sandy roads; it can get quite rough on the second loop as the gravel becomes increasingly disturbed as each car passes through.”

Portugal will mark Dani’s second WRC event of the year and his first with new co-driver, Borja. “Portugal is always special for me because it is so close to Spain,” explained Dani. “In previous years, I have always enjoyed an extra boost from the many spectators. It is unlikely to be quite the same this year, but I am pleased we have the chance to compete in any case.”

WRC 2 crews on the hunt for points
Rally de Portugal will also feature two of our WRC 2 crews, who will be eligible to score points for Hyundai Motorsport N for the first time this season. Ole Christian/Jonas and Oliver/Aaron will be aiming for strong performances in our i20 R5. Both crews have already contested WRC events this season.

“I’ve always enjoyed Rally de Portugal, it’s both fast and rough, and the atmosphere is normally incredible,” said Ole Christian. I have many good memories from the rally, and I have been quick there before.”

“Rally de Portugal will be very exciting. It’s a really cool event, one I’ve always dreamed about doing,” added Oliver. “It will be my first time with the Hyundai i20 R5 on gravel as well as our first event for WRC 2, which will hopefully be a lot of fun.”

“Portugal is a great challenge and proving ground for young talent,” added Andrea. “Our i20 R5 has demonstrated its rally-winning capabilities around the world, and we hope Ole Christian and Oliver can add to our car’s considerable success on the world’s stages in a competitive WRC 2 field.”