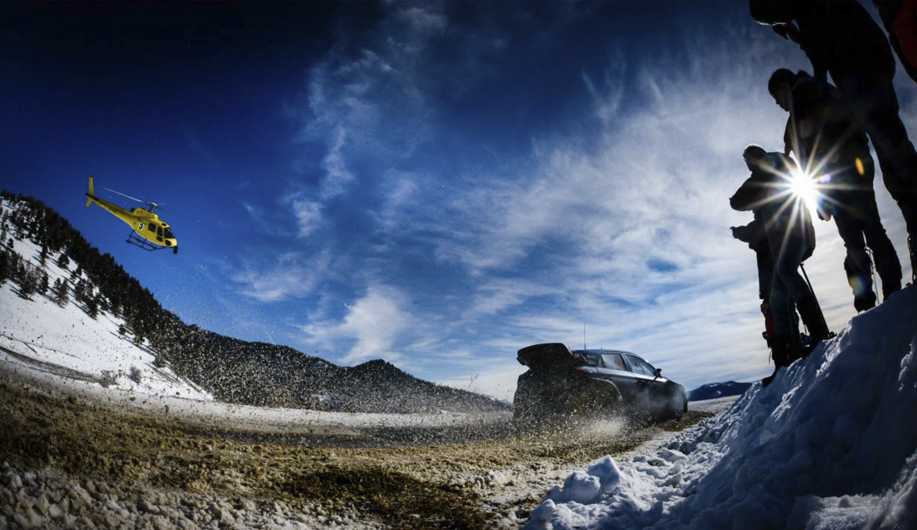 The wait is over! WRC is back for a brand new season  and an exciting new era  as Rally Monte-Carlo gets the 2017 season underway.

For our fourth season in the sport, we have a brand new challenger, the Hyundai i20 Coupe WRC, and a familiar crew line-up. Monte will be an exciting first test as we look to build on our most successful season to date in 2016.

Dawn of a new era

The oldest event on the calendar, Monte has become one of the most prestigious dates on the schedule. It is renowned for iconic locations such as Casino Square and the famous Col de Turini. It is also well known for its unpredictable and temperamental weather conditions.

This year’s running has added anticipation for teams, crews and fans alike, being the first event held after significant changes to the WRC technical regulations.

These alterations have focussed on enhancing the aerodynamic and mechanical grip of the cars, as well as increasing their engine power up to 380bhp. As you will see when the cars line up for Thursday’s ceremonial start, the 2017 cars have a more aggressive and dynamic appearance than their predecessors.

“This year’s Monte Carlo rally promises to be one of the most exciting and unpredictable yet,” commented our Team Principal Michel Nandan. “Revised regulations, new cars and renewed manufacturer programmes make the 2017 World Rally Championship one of the most highly anticipated ever.”

Our three crews, Hayden/John, Thierry/Nicolas and Dani/Marc will be driving in cars 4, 5 and 6 in all thirteen rounds of the WRC this season. Changes to the sporting regulations allow the two top-scoring crews in each team to score points for the Manufacturers’ Championship, so we are running under the unified banner of Hyundai Shell Mobis World Rally Team in 2017.

“We have important stability with our three crews, “ added Michel. “They are all looking to build upon our most successful season to date. Monte will be a stern first test against tough opposition, but we are confident and will give it everything we’ve got!”

Hayden and John will be hoping to channel the experience gained from their Monte debut last year into a positive result this time around.

“I am feeling in good shape and raring to go for the season ahead,” said Hayden. “I am cautiously optimistic about the potential of the Hyundai i20 Coupe WRC. Monte Carlo is a baptism of fire for everyone, so it promises to be an exciting rally!”

Thierry’s podium finish at Monte Carlo last season very much set the tone for what would become an incredibly successful season for the Belgian. Alongside his co-driver Nicolas, he is also hopeful of continuing an unbroken run of podium finishes that dates back to August’s Rally Germany.

“My experiences in Monte Carlo have been mixed in the past,” admitted Thierry, “but I finished on the podium last season. It’s such a great event and spectacular for the fans and with the increased power of the new car, we are confident that we challenge here!”

Our Spanish crew of Dani/Marc claimed a solid top-six finish at Monte Carlo in 2016, which included second place in the Power Stage.

Dani said: “It has been good to be back behind the wheel of our Hyundai i20 Coupe WRC in pre-event testing this week. I cannot wait for the new season to start. There have been lots of changes with the regulations, so it will definitely be exciting to see how everything unfolds!”

“We’re delighted to be a part of this new era of WRC,” concludes Michel. “We can’t wait to see our Hyundai i20 Coupe WRC out on the stages for the first time.”