Ready for the road

PURE ETCR continues on the streets of Denmark 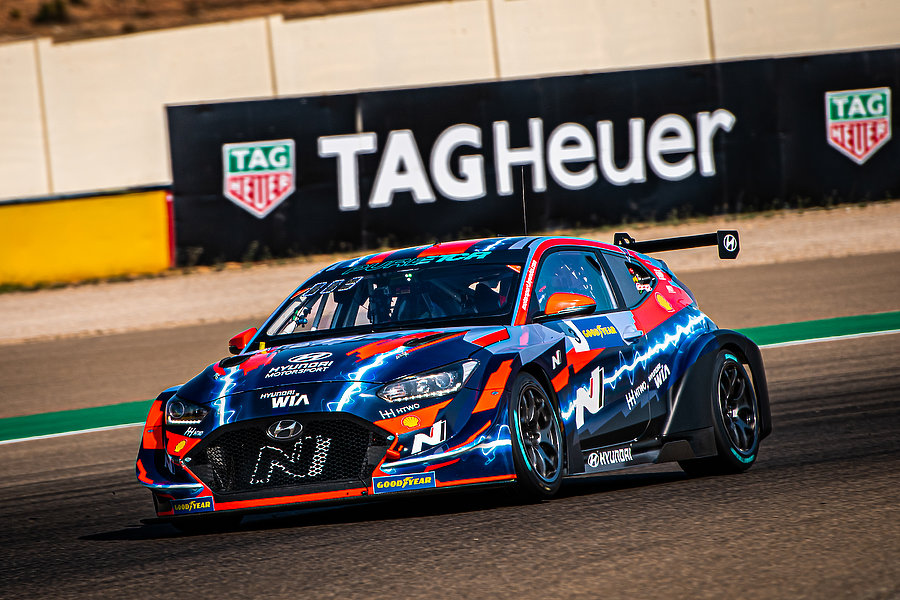 PURE ETCR continues on the streets of Denmark

After a strong showing in Aragón, we are ready to light up the streets of Copenhagen in the third round of the 2021 PURE ETCR season. The event, which will take place at Bellahøj Park, marks both the halfway point of an exciting season and the first street circuit on the calendar.

“Copenhagen has a special role in our PURE ETCR journey, as it was where we first announced our participation in the all-new series with our first-ever electric racing car,” said our Director of Marketing and PR, Stefan Ph. Henrich. “It will be a true pleasure for us to return next weekend, and we hope to have another successful event.”

Quest for the crown
We are still on the hunt for our first King of the Weekend honour and the lead of the manufacturers’ standings. Last time out at MotorLand Aragón, we significantly increased our points haul as all four drivers registered victories with the Veloster N ETCR.

“We have started to find our feet in the series and as we head into the halfway point of the season,” commented Stefan, “our goal is to continue the strong form we demonstrated in Aragón.”

We currently sit in second place in the manufacturers’ standings, with Jean-Karl also second in the drivers’ championship. The entire team will battle hard to overhaul the 41-points deficit to the lead of the standings.

All in contention
Augusto missed out on the coveted King of the Weekend crown by just two points having won his Round 2 Battle and the Super Final. Tom joined him in Pool A and was also victorious in his second Battle, and went on to narrowly miss out on third in the Super Final after a photo finish.

“We head to this round on a positive note,” said Augusto. “We have been improving our performance and getting stronger over the first two rounds. We still haven’t managed to get a King of the Weekend victory, and this is clearly our mission for Copenhagen.”

“Due to the nature of the track, I think Round 3 is going to be really important to get the best starting position for Round 4, as this is where we score the most points,” added Tom.

John was first across the finish line in his first Battle and was firmly in the heart of the action in the Pool B Super Final. His teammate Jean-Karl claimed pole position for the final race and crossed the line in second place.

“We are now at the midpoint of the season and I’m happy with my evolution and what we have learned as a team in PURE ETCR,” said John. “Our first street circuit will be a big challenge, as we have never driven on this type of track with the Hyundai Veloster N ETCR.”

“We will continue pushing to try to win our first event,” commented Jean-Karl. “Our target is to be leading the championship at the end of the weekend, and I believe we are in a good position to do this.”