Targeting an ETCR podium in Vallelunga 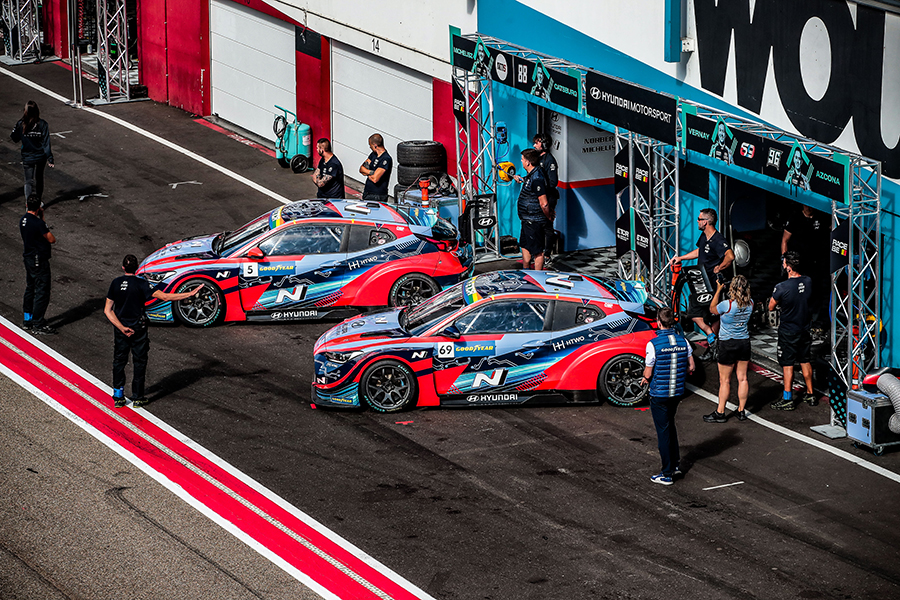 Targeting an ETCR podium in Vallelunga

Returning to where it all began! Our team is hoping to secure a podium finish next weekend (July 22-24) at the Race IT, the fifth round of the FIA ETCR season.

“The Veloster N ETCR was competing for the top positions in Vallelunga in the first-ever PURE ETCR event, and we have learned so much more since that inaugural race,” said our Director of Marketing and PR, Stefan. “We made a good start at the Race BE and our target for next weekend is to continue that pace throughout the event to secure our best result of the season.”

Victors heading back into battle
We made history at the Autodromo Vallelunga in 2021, where our Veloster N ETCR claimed the first-ever PURE ETCR win. The weekend ended in celebrations with a Super Final victory for Jean-Karl.

“I would love to win King of the Weekend after missing out to Mikel last year by such a small margin,” said Jean-Karl. “The level of competition is incredibly high this season, but there are plenty of opportunities to score strong points in this format and secure strong results.”

Vallelunga was a successful outing for Mikel, who topped the points’ standings at the end of the event to be crowned the inaugural King of the Weekend.

“I’ve driven at this circuit a lot and have many kilometres under my belt, which is a very helpful feeling,” commented Mikel. “We finished Race BE on a high with second place in the Super Final, so my goal is to carry that momentum forward into the next race.”

Rookies ready to hit the ground running
Although Norbert and Nicky have never raced at the 3.2km circuit, both have driven the track in pre-season testing.

“We did some winter testing in Vallelunga ahead of the start of the season, so it is the circuit I have driven the most in the Veloster N ETCR,” noted Norbert. “The first corner is quite exciting, you are just on the edge of being flat out through there and doing above 200kph – that is always a nice yet challenging experience.”

“I would say this circuit is a bit more what I am used to compared to the last two tracks we have raced at, so let’s see how it goes,” added Nicky. “Although I won my Semi Finals in both Spain and Belgium, I am definitely hungry for more in Italy.”

Race IT begins with Qualifying and the Quarter Finals on Saturday 23 July. The Semi Finals and Super Finals take place on Sunday 24 July.