Mixed surfaces await our crews in penultimate round 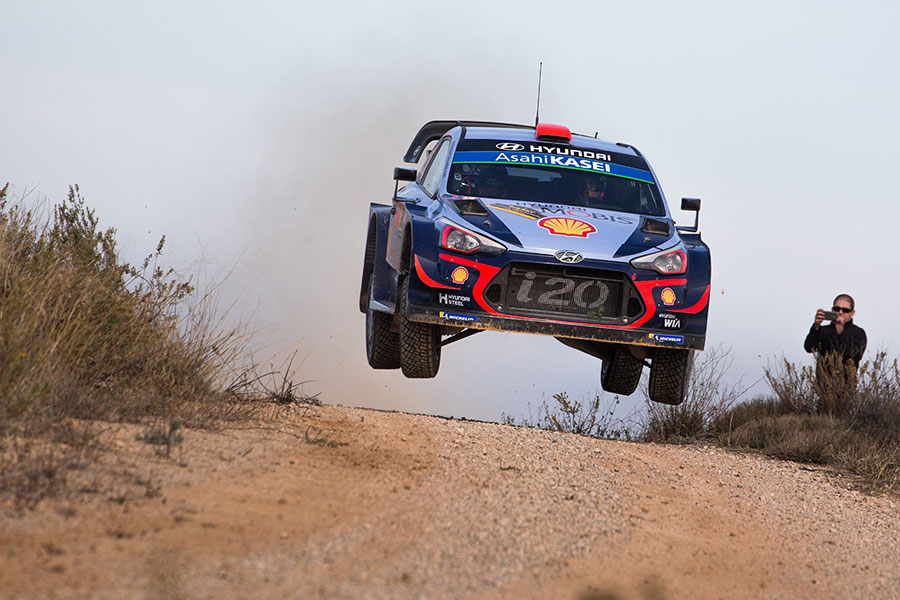 Mixed surfaces await our crews in penultimate round

We are approaching the final straight of the 2019 World Rally Championship, as we head to the mixed surfaces of Rally de España, the penultimate WRC event of the year.

Second place at Wales Rally GB represented our 11th podium of the season and allowed us to retain an eight-point advantage over our nearest rivals with two rounds of the championship remaining. We will be aiming to extend that advantage in Spain.

“We have one objective from Rally de España, and that is to extend our lead in the manufacturers’ championship,” said our Team Director Andrea. “We know it is far from straightforward with the level of competition that we have seen in the WRC this season, but we will give it everything we have. There are just two events remaining and there can be no missed opportunities.”

Three crews will contest the 17-stage mixed surface rally, which begins with predominantly gravel roads on Friday before turning into a pure tarmac event on the final two days. We will have a unique 75-minute flexi service at the end of Friday’s six stages to transform the set-up of the cars to cope with the change of terrain.

“Rally de España is a unique event and has very specific characteristics,” said Thierry. “It is truly the only one like this on the calendar. We have shown that we are strong contenders on both surfaces this year and we will keep pushing as hard as we can for the championship.”

Thierry and Nicolas will be joined by Dani/Carlos and Sébastien/Daniel in the i20 Coupe WRC cars in Spain, with all three crews having tested in the Tarragona region to prepare for the rally.

“I can’t wait to get back behind the wheel of the i20 Coupe WRC in Spain, my home rally,” said Dani. “This is always a very special event as we compete on both gravel and tarmac in the same weekend. As it is in Spain, it is also double motivation for me. The spectators come to see everybody, but I think they support the Spanish drivers a little bit more than the others normally!”

Nine-time world champions Sébastien and Daniel return to WRC for the first time since Portugal. They head to Spain as reigning winners of the event.

“For me, Rally de España is a rally I’ve always enjoyed,” said Sébastien. “I have won it a lot of times but what I like the most is the location: it’s a nice place close to the sea. We are confident we can be on the pace and support the team to extend the lead in the manufacturers’ battle.”

The Rally de Españã ceremonial start takes place in Salou on Thursday before stages get underway on Friday.