Stepping up the pace on Saturday

Strengthening our grip on second place with a stage 1-2 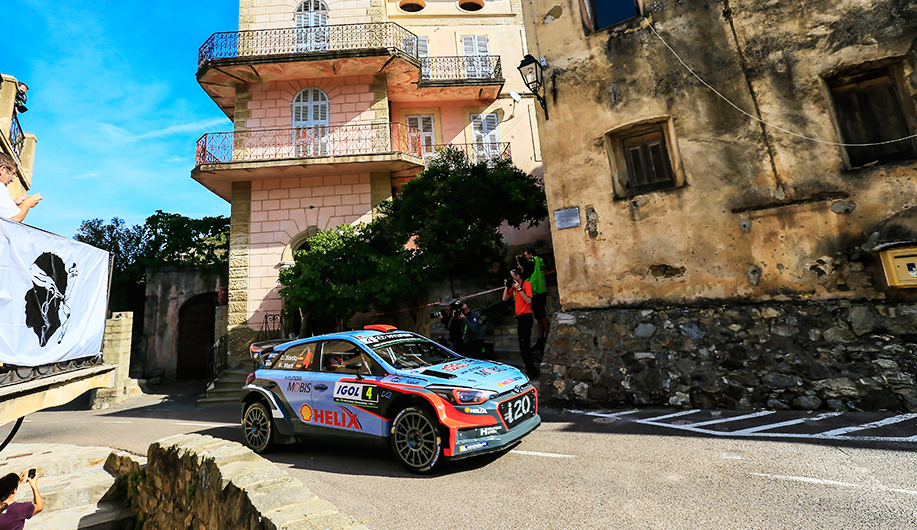 Strengthening our grip on second place with a stage 1-2

Our hopes of a first ever Corsican podium moved a step closer to reality on Saturday as Thierry and Nicolas extended their hold on second position.

It was a near perfect day for our #3 crew, which ended with a stunning stage win in SS8, a 30.80km test that was held in wet conditions.

“We’ve had another good day,” said Thierry. “I was really happy with our performance. We started this morning taking more care with the brakes after our experience from yesterday. After that, we were able to maintain good speed.”

As on Friday, there were just four special stages contested on Saturday. But it was an even longer day for our crews, with a total competitive distance of 169.04km.

The day consisted of a repeat loop of two stages  the massive 53.72km Orezza  La Porta  Valle di Rostino followed by the equally demanding 30.80km Novella  Pietralba. Unlike the opening day, however, teams had the benefit of a lengthy regroup and a 30-minute lunchtime service.

That time proved invaluable for our Kiwis Hayden and John, as they worked to defend their sixth place on the overall classification.

“Our times in the morning loop were not so good,” explained Hayden at the end of a tough day. “We used the time to understand where we could improve.”

In spite of his honest assessment of the rally so far, Hayden remains positive: “We’ve made it safely to the end of the day, so we will now look closely into all the data and see what we can do in the final two stages.”

Dani and his co-driver Marc made up two positions after a frustrating puncture on Friday dropped them down the standings.

Our Spanish crew finished second in SS8, helping us to 1-2 in stage, and providing Marc with a nice present for his birthday.

“We wanted to put the puncture from yesterday behind us and quickly get back into the competitive rhythm,” said Dani. “We tried a different suspension and the car felt good. We chose hard tyres, so I was pleased to take second.”

There’s no chance for drivers to take it easy on Sunday morning. Two stages are left but one of those is the longest of the rally – the 53.78km Antisanti  Poggio di Nazza test.

Thierry will be hoping to defend his position, and pick up a fourth podium of the season. “The fight has been close with Andreas,” he said, “but I hope we can keep hold of second. We have a monster stage to start and that will be the key.”

Our Team Principal Michel summarised: “Overall, we have had a better, more consistent day and it was good to end with a 1-2. There have been no issues with the New Generation i20 WRC cars and our three crews have kept calm to strengthen their positions on the overall classification.”

Those words came with a word of caution, though. “These Corsican stages can be unforgiving, and there are some big challenges still to come in this rally.”