Maiden titles for the i30 N TCR in USA 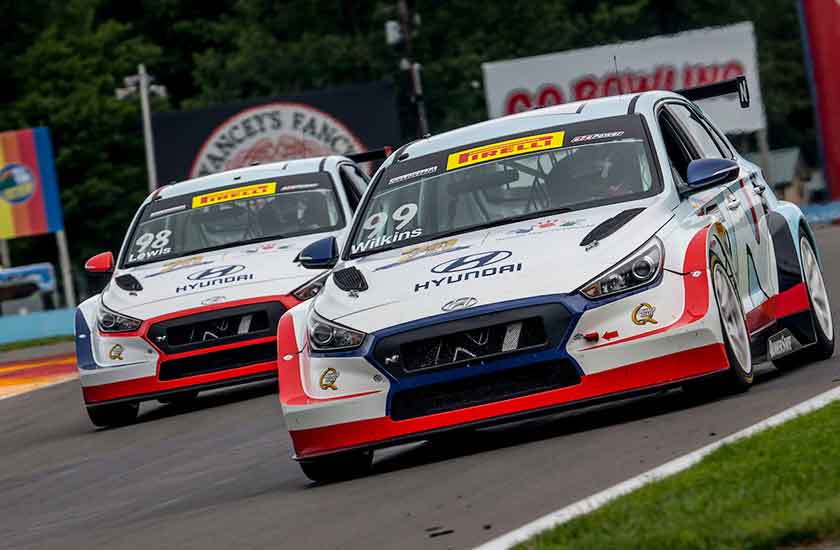 Maiden titles for the i30 N TCR in USA

It has been a momentous few weeks for customers using our i30 N TCR car with the first ever championship titles secured in the United States, and success throughout Europe and Asia.

The season finale of the Pirelli World Challenge at Watkins Glen at the start of the month (September 1-2) saw Bryan Herta Autosport win the teams’ championship and Hyundai America collect the manufacturers’ title.

Michael Lewis and Mark Wilkins finished second and third respectively in the drivers’ standings following another impressive display in the final rounds.

The competitive pace of our i30 N TCR was reinforced with fastest laps in both races. With a total of seven wins, 18 podiums and ten fastest laps, it has definitely been a season to remember.

Our customers are involved in the title hunt in TCR Germany after a sublime performance at the penultimate round at Sachsenring (September 8-9).

In only his third outing with the car, Luca Engstler became the first driver this season to complete the perfect score, taking pole position and winning both races. He leads the championship ahead of the season finale at Hockenheim.

In TCR Italy, BRC Racing Team’s Eric Scalvini and Federico Paolino each took a podium at Vallelunga (September 15-16). The weekend saw the debut of Nicola Baldan in an i30 N TCR run by M1RA. The new combination finished sixth in the opening race and showed podium pace in the second.

There were four i30 N TCR cars involved in the first-ever races of the new TCR Korea series last month (August 25-26). Sharing the track with TCR Asia, it was a successful weekend with driver Byung-Hui Kang  part of the i30 N TCR line-up for May’s Nürburgring 24 Hours  taking victory to lead the TCR Korea standings after the inaugural round. It was a Hyundai 1-2 in Race 2 of the weekend with Dong-Woo Kang in second.

“The first championships for the Hyundai i30 N TCR are a major honour for us,” said our Customer Racing Deputy General Manager Andrea Adamo. “The titles are proof of the performance and reliability of the car. Hopefully those will be the first of many for our customers in the coming weeks and months.”