i30 N TCR takes a hat-trick of wins in China 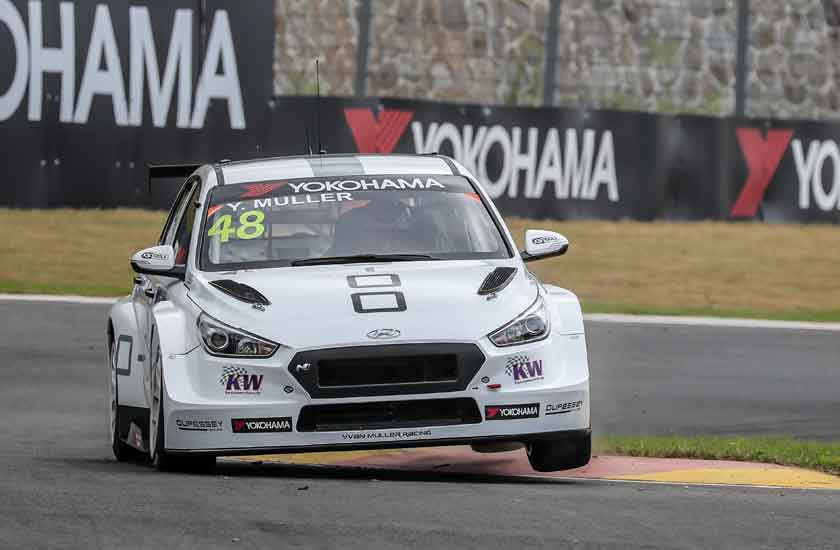 i30 N TCR takes a hat-trick of wins in China

Our i30 N TCR became the first car of the 2018 FIA WTCR season to claim all three race wins in a weekend when the series visited the Ningbo International Speedpark in China in late September.

The performances from our customers in the first round of a Chinese double-header allowed Hyundai to become the first manufacturer to achieve the triple feat. MRacing-YMR driver Thed Björk took both pole positions and victories in race 1 and 3, while his teammate Yvan Muller took the race 2 win.

The success at Ningbo came at a cost. For the following event at Race of China  Wuhan, a dramatic change in the championship’s compensation weights left the i30 N TCR 100kg heavier than other cars on the grid.

Over in the TCR Korea championship, Indigo Racing’s Byung-Hui Kang took a second win of the season at the Inje Speedium (September 29-30), adding to his series lead.

Kang, who had made his i30 N TCR debut at the Nürburgring 24 Hours, started fifth in Race 1 but finished four seconds in the lead. He scored another podium in the second race of the weekend.

The TCR Germany and Italy seasons came to a close with i30 N TCR drivers narrowly missing out on a strong finish to the year. In Germany, Luca Engstler was part of a three-way battle for the title heading into the season finale at Hockenheim (September 22-23). He ultimately finished seven points behind the champion after a battling weekend. In Italy, Eric Scalvini secured a podium finish at Monza (October 6-7).

Just a few weeks earlier, the TCR Europe races at the legendary Italian circuit saw seven i30 N TCR customers battle it out for points. Target Competition teammates Kris Richard and Reece Barr helped the team remain at the top of the team’s championship with two races left at the Circuit de Barcelona Catalunya in late October.

“In the FIA WTCR, our customers were able to put down another marker by winning all three races in Ningbo,” said our Customer Racing Deputy General Manager Andrea. “But we saw how quickly fortunes can change in Wuhan, so nothing can be taken for granted.”