Behind the scenes
Design 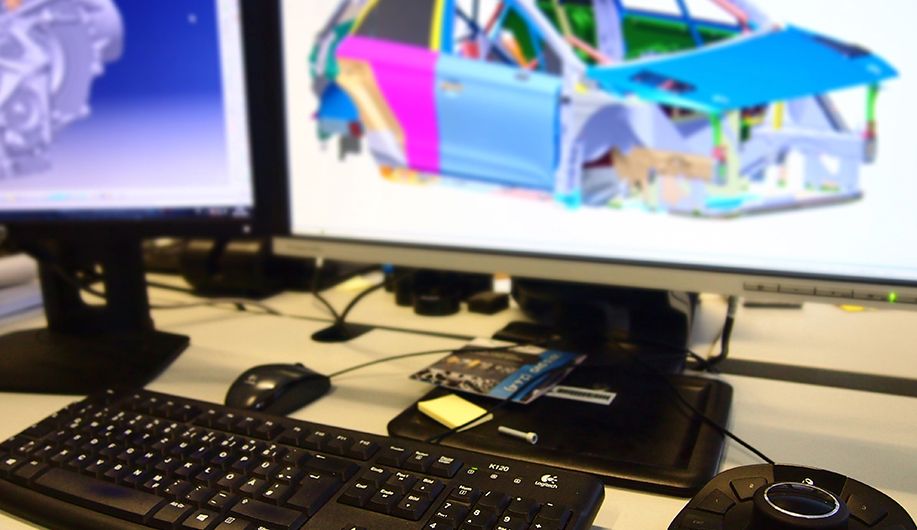 First impressions can often be the most lasting. When it comes to our WRC cars, the work of our Chassis Design team is instrumental in creating a dynamic-looking but ultimately competitive rally challenger.

Their responsibility is to create a framework for our cars from which we can develop a winning advantage on the world rally stages.

Since joining the WRC back in 2014, we have built three different specifications of world rally car in just four seasons. It has been an ambitious undertaking but one that has culminated in our Hyundai i20 Coupe WRC for 2017.

Our Chassis Design colleagues have been integral in this process, but it is a team effort with involvement from other departments within our family. To optimise the design process, the Chassis team works particularly closely with the Engine Department to create the best all-round technical package.

Work on a new car usually begins a full year or more before the first rally, which means time is of the essence. Development of the i20 Coupe WRC started in 2016, alongside development of the existing rally car. It was an important process; the Chassis team gained knowledge of the strengths and weaknesses of the 2016 model, which they could take into their design process of the next car.

New regulations for 2017 gave the designers more freedom, which resulted in dramatic changes to the car’s aesthetics. For example, the team introduced a new front splitter with protruding side skirt, as well as expansion of the car’s rear wings to their largest size ever. The new car made an immediately quick start to the 2017 season, with plenty of stage wins to its name.

Although not in attendance at rallies, the Chassis Design Department plays a key role behind the scenes before and after events to further enhance the car’s performance.

Post-rally, the team will methodically analyse all aspects of the car’s performance to see where improvements on their design can be made. Then, ahead of the next rally, they spend their time looking at these areas where they can progress.

Rally-by-rally, the i20 Coupe WRC can continue its evolution into one of the most competitive cars in the Championship – thanks in no small part to our Chassis designers.