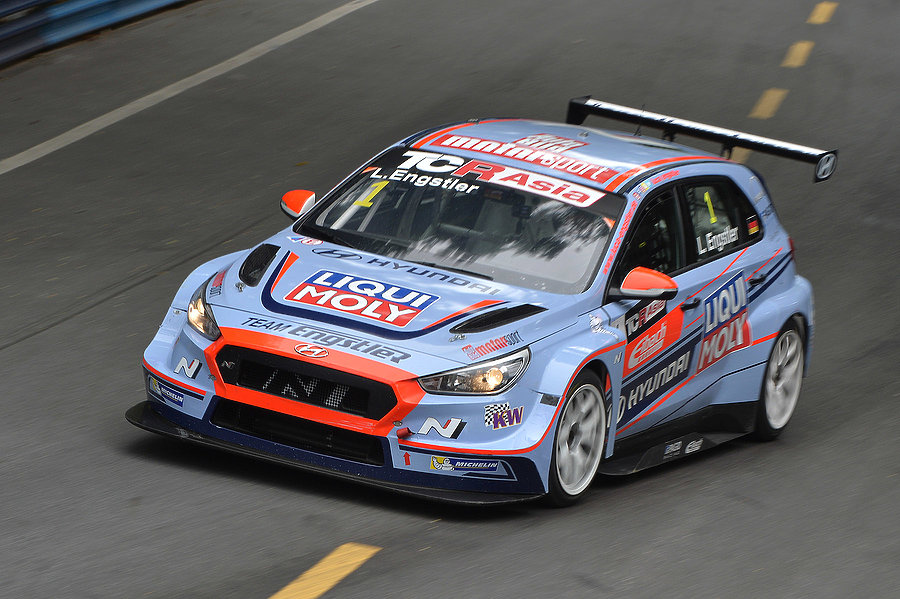 Our i30 N TCR has seen a dominant season in TCR Asia culminate in triumph with the teams’ and drivers’ titles. Our Customer Racing Junior Driver Luca Engstler put on an impressive display on the street track of Bangsaen, Thailand to clinch the title.

Starting on pole position for the fourth time in five TCR Asia rounds in Race 1, Luca found himself fighting back through the field after an incident in the first lap. He finished second to his teammate, and rival for the championship, Diego Moran with a 25 point advantage – the same awarded for a race win. However, Luca’s six race wins in the season ensured he had an unassailable lead in a potential tie-breaker, clinching him the drivers’ title.

He ended his successful weekend with his ninth podium finish in ten races in Race 2, completing an all-Hyundai podium with Diego and Pepe Oriola. Incredibly, i30 N TCR drivers had swept the TCR Asia podium in eight of the ten 2019 championship races.

The results in Thailand capped off an incredible season for the i30 N TCR, which was awarded the Model of the Year title. The trophy was collected by FIA WTCR BRC Hyundai N Squadra Corse driver Gabriele Tarquini, who was also on hand as a mentor to our Junior Drivers throughout the weekend.

Our Customer Racing Senior Sales Associate Andrew Johns said: “Being able to celebrate any title win with our customers is fantastic, but to do so after such a dominant year in TCR Asia is very special. The success of the i30 N TCR is an incredible achievement by all involved – the drivers, the teams, and our Customer Racing support engineers.”