Italian to retire from WTCR 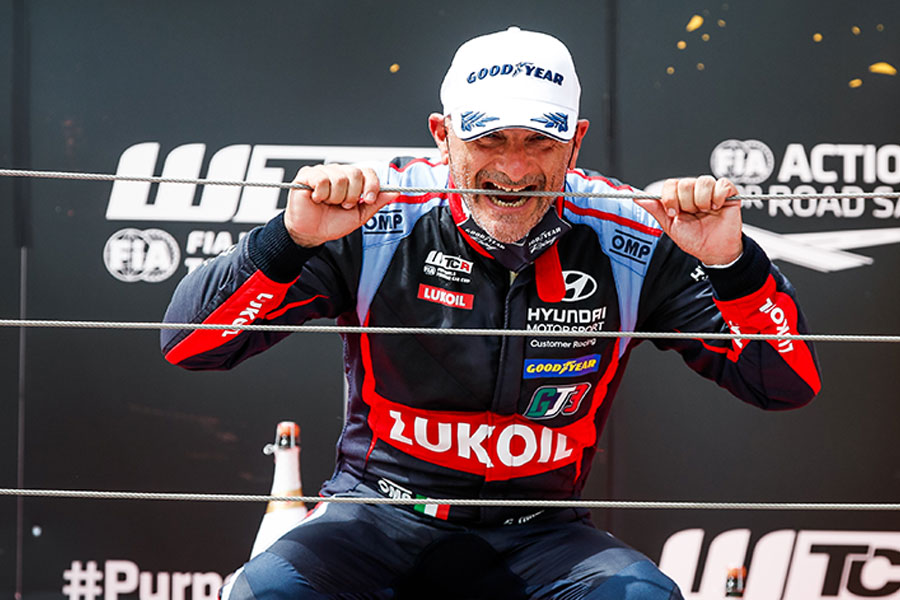 Italian to retire from WTCR

As he announces that the 2021 WTCR season will be the last of his professional racing career, we wish to express our gratitude to Gabriele and congratulate him on his achievements in the sport.

“It is impossible to put into words how much of an impact Gabriele has had on Hyundai Motorsport Customer Racing,” said our Team Principal Andrea. “It is hard to come to terms with him putting down his helmet, and he will be sorely missed.”

The Italian revealed his decision at Adria International Raceway ahead of what is set to be an emotional weekend. He will compete at his home event, Race of Italy, for one final time before bowing out from full-time competition at the season finale Race of Russia.

From test driver to title winner
Gabriele has been integral to the success of our Customer Racing department, which he first joined in 2017 as the lead test and development driver in the early stages of our i30 N TCR project. Boasting over two decades of touring car experience, he was the natural candidate to guide the team as we built our debut circuit racing car. His determination, team spirit, and unrelenting drive for performance has enabled us to develop three challengers capable of winning championships around the world.

In 2018, BRC Racing Team joined forces with Gabriele and the i30 N TCR to compete in the inaugural WTCR season. A dream debut year started with two victories at Race of Morocco, followed by wins in Hungary, Slovakia and Japan. The title fight went down to the wire at Race of Macau, where Gabriele claimed our first-ever world title by triumphing in the drivers’ standings.

“I want this to be my final manufacturer because we have done a great job together,” commented Gabriele. “We started with a white sheet of paper and created the i30 N TCR, and I won the first race and title for the team. Our relationship is very strong.”

Parting words
After an illustrious motorsport career that saw him compete in some of the world’s greatest championships over a span of nearly forty years, Gabriele felt now was the right time to take a step back from racing.

“I feel very sad – after a long career that felt like it would never end, you think this moment will never come,” explained Gabriele. “In life, everything has a start and a finish and I am old enough to understand this. It was important to me to announce my decision at my home race in Italy – this is the right moment.”

Alongside his on track achievements, Gabriele has a larger-than-life personality. During his time with us, he has appeared crazy scientist in the Veloster N ETCR launch video, a knight on a quest for glory in the 2020 WTCR season, and as our very own Team Principal in an uncanny imitation of Andrea.

“For me personally, it is difficult to split my passion and my job, and it will be strange not to see him at a racing circuit,” said Andrea. “While he may not be racing anymore, we are in discussions about how our relationship might work in the future, but today we celebrate his incredible career and look forward to seeing his next adventures outside of the cockpit unfold.”