Lords of the ‘Ring 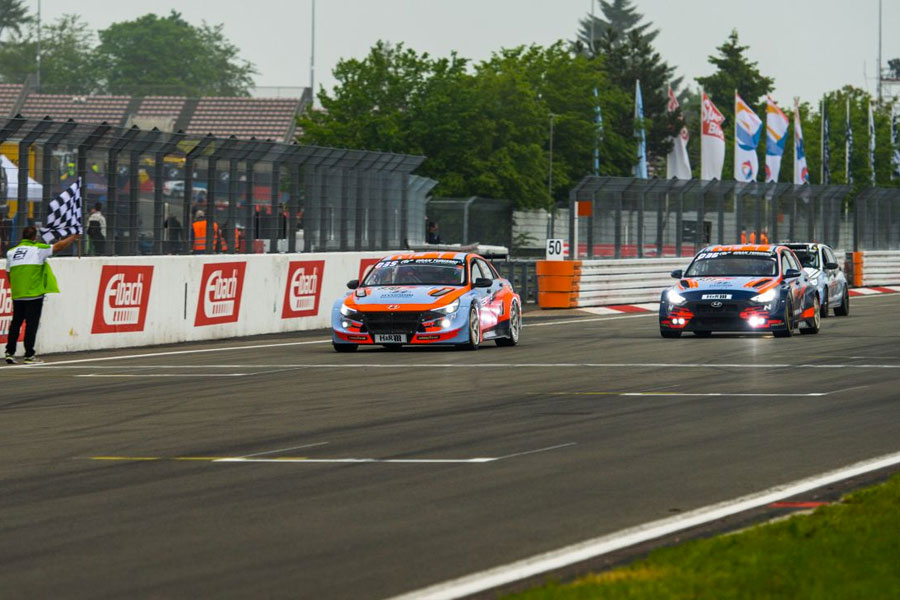 Our TCR cars have taken a tremendous 1-2 finish at the 2021 edition of the Nürburgring 24 Hours. The Elantra N TCR and i30 N TCR dominated to claim our first-ever TCR class victory at the famous event.

Our Customer Racing-built machines finished 32th and 33th overall, while an i20 N, competing in the SP2T class, finished in a commendable 89th.

Vice President and Head of N Brand Management and Motorsport Sub-Division at Hyundai Motor Company, Till Wartenberg said: “We won the Nürburgring 24 Hours, and not only that we finished first and second in the TCR class. It’s an incredible result for Hyundai Motorsport, for Hyundai, for the N brand and for everyone involved in the team.”

Basseng used this advantage to lead Engstler for the first part of the race, with the pair swapping positions at the front of the category in the changing conditions. Having started on slick tyres, both cars stopped for wets with near perfect timing as the weather deteriorated – catching out their many of their rivals.

The track started to dry as the six-hour mark approached, however fog then descended on the Nordschleife. The visibility was reduced to a level that forced race organisers to red flag the race, with action suspended for over 14 hours until 12pm on Sunday.

Battle at high noon
The stoppage erased an 11-minute advantage for the Elantra N TCR and i30 N TCR, and our team briefly lost the class lead at the restart. However the performance of our TCR cars soon began to show again, with the gap to the nearest rival extending to nearly a full lap at the end of the race.

“For the last three seasons we have stood on the class podium at the race, but to take class victory and a 1-2 finish is a massive achievement at the end of extensive preparation and hard work, both at the track and by our Customer Racing department engineers,” said our Customer Racing Manager Andrew Johns.

The i20 N, driven by Marc Ehret, Kai Jordan, Markus Lungstrass and Guido Naumann in its Nürburgring debut, was the latest addition to the N line-up to compete at the event, continuing the strong link between the high-performance Hyundai models at the circuit.

“The Hyundai i20 N team showed the excellent performance of our latest road car design, so it is clear that even more is to come from Hyundai and N,” added Till Wartenberg.