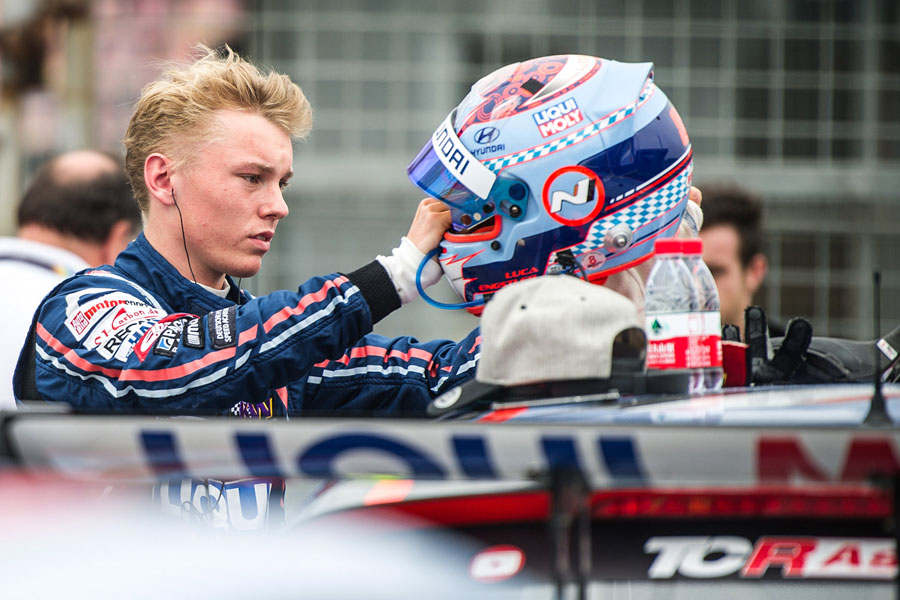 In a change of line-up, our Customer Racing Junior Driver Luca Engstler will stand in for regular Augusto Farfus at the BRC Hyundai N LUKOIL Racing Team for the FIA WTCR Race of Macau in November.

The one-off recall for the German, who competed as a WTCR wildcard entry at the Slovakia Ring earlier this season, comes as Augusto faces an unavoidable clash of commitments during the weekend at the Guia Circuit.

One of the first group included in our Customer Racing Junior Driver initiative, following his second placed finish in the 2018 TCR Germany standings, Luca dominated the inaugural TCR Malaysia series earlier this year, winning five of the six races.

He displayed similar form in the TCR Asia series, taking his i30 N TCR to five wins on his way to collecting the title. He also won both races on debut in TCR China on the Ningbo International Speedpark. He currently lies fifth in the TCR Europe standings, with one win – at the Red Bull Ring in Austria.

Our Team Director Andrea said: “Luca has had an excellent season in TCR competition around and the decision by BRC Racing Team to recruit him for the Macau weekend is a massive reward for results this year. As our Customer Racing Junior Driver, his results with the i30 N TCR have been very impressive, and he has progressed superbly as part of the initiative.”

Luca said: “I’m really happy to have this chance to race in the FIA World Touring Car Cup with the BRC Hyundai N LUKOIL Racing Team. Since first driving the i30 N TCR in TCR Germany last year I have been able to progress to first winning races, and then winning championships with the support of the Hyundai Motorsport Customer Racing department and the Junior Driver program, so to now have the chance in FIA WTCR is a huge opportunity.”

A total of five drivers joined our Customer Racing Junior Driver program when it began at the start of the 2019 season. Each was given support from our Customer Racing department engineers, and with mentoring from current FIA WTCR drivers. The objective was to help them further their professional motorsport careers towards a full-time drive in FIA WTCR. Luca’s form in TCR series around the world, and now stepping in for Macau, is the perfect illustration of the aims of the Junior Driver initiative.