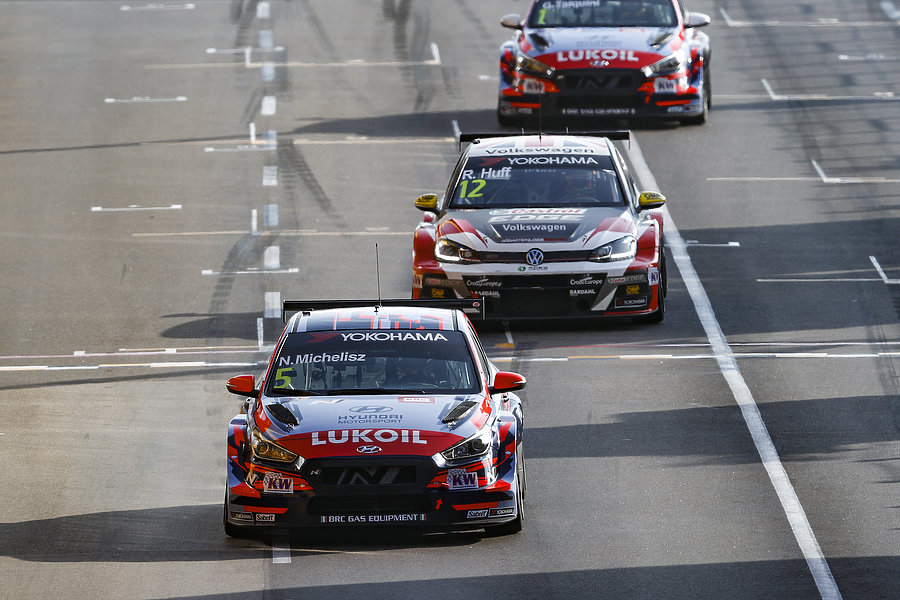 After a strong weekend at WTCR – FIA World Touring Car Cup Race of Macau, our customer BRC Racing Team has clinched a podium and the lead of the drivers’ championship.

The penultimate round of an exciting season has seen Norbert Michelisz take the lead of the standings with an advantage of nine points. It was by no means an easy journey to the top: the Hungarian collided with a stranded car in the second qualifying session and was forced to start two races from the midfield.

The BRC Hyundai N Squadra Corse driver successfully converted his Race 1 front row start in to a podium finish, and he accrued more points-scoring finishes in Races 2 and 3.

Taking the lead
“I know it is very tight in the championship and I need to go for every point possible,” said Norbert. “In the end I’m happy with our performance and to be leading the standings heading to Malaysia.”

His teammate Gabriele Tarquini gave a robust performance throughout the weekend at the Circuit da Guia and as a result of their combined performance, BRC Hyundai N Squadra Corse has gained a position in the teams’ standings.

“I had a lot of very good memories from last year, however this time Race of Macau was very tough for me but very good for Norbert,” commented Gabriele.

Nicky Catsburg claimed the fastest lap in his i30 N TCR in Race 2, and finished in the points in every race this weekend.

“I had some good speed, I really enjoyed being here and I had good fun this weekend,” said the Dutch driver.

Good result in maiden Macau
Luca Engstler, who deputised for Augusto Farfus at the event, had no prior racing experience in Macau and scored two points in his debut.

“In the second qualifying session I qualified P15 and was very close to making it into the top twelve before a red flag. In the end I am really happy with how I improved with every lap,” said the German.

Team Principal of BRC Racing Team Gabriele Rizzo said: “Our target was to regain the lead of the drivers’ championship and all of our efforts were directed towards this at Race of Macau.”

“The whole team played a part in this and in the end, thanks to their hard work, we achieved our goal for the weekend. The task now is to focus on Sepang and convert our advantage into a championship win. We will be ready to take the fight down to the wire.”

WTCR returns for Race of Malaysia, the final round of the season, taking place on 13-15 December.