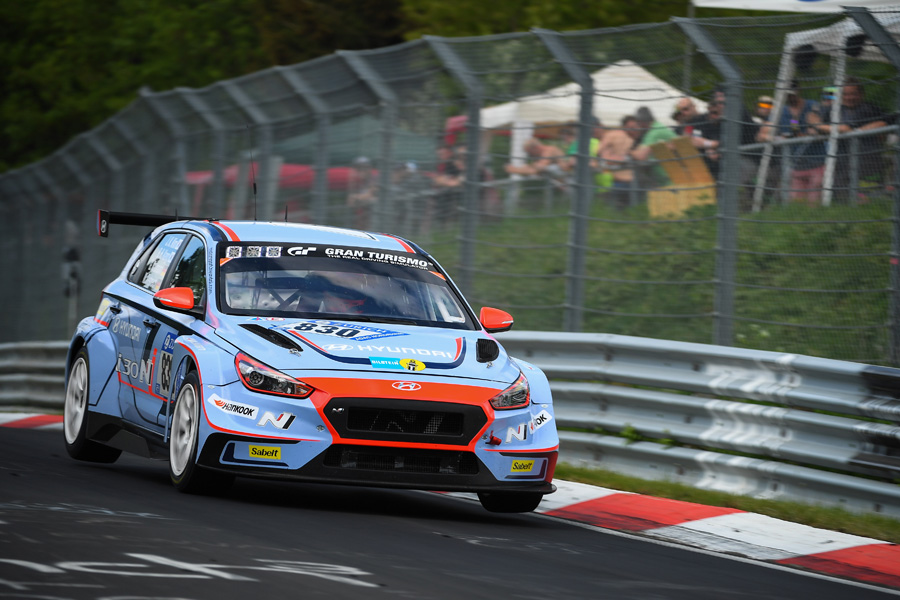 The countdown to June’s Nürburgring 24 Hours gets underway this weekend as we enter two cars into the VLN1 race at the legendary Nordschleife.

Run in conjunction with the experienced Target Competition squad, one i30 N TCR will be driven by experienced duo Hari Proczyk and Peter Terting, while a Veloster N TCR will be piloted by Manuel Lauck and Marc Basseng.

The race will see our i30 N TCR return to the circuit where Hyundai’s high-performance road-going N line-up was honed. Meanwhile, the Veloster N TCR will make its European debut, having competed for the first time in the hands of American customers Bryan Herta Autosport at Daytona in January.

“The Nürburgring 24 Hours is an incredible event,” said our Team Director Andrea. “All of our Customer Racing cars are made in Germany, and the N range of road cars was developed at the Nürburgring, so it’s always a nice feeling to be at the circuit.”

The Veloster N TCR shares more than 80% of its parts with the i30 N TCR, including the two-litre turbocharged engine and paddle-shift operated six-speed gearbox. Though developed specifically for markets where the road-going i30 N is not sold, the challenge of the Nordschleife and the prestige of the Nürburgring 24 Hours is a perfect way to show the car in front of a global audience for the first time.

“The VLN1 race weekend is even more of a milestone for us, as the Veloster N TCR will be racing in Europe for the first time,” added Andrea. “Of course we would like our teams to take a good result, but the main focus will be on preparing the who package of team, drivers and cars for the longer races later in the year.”