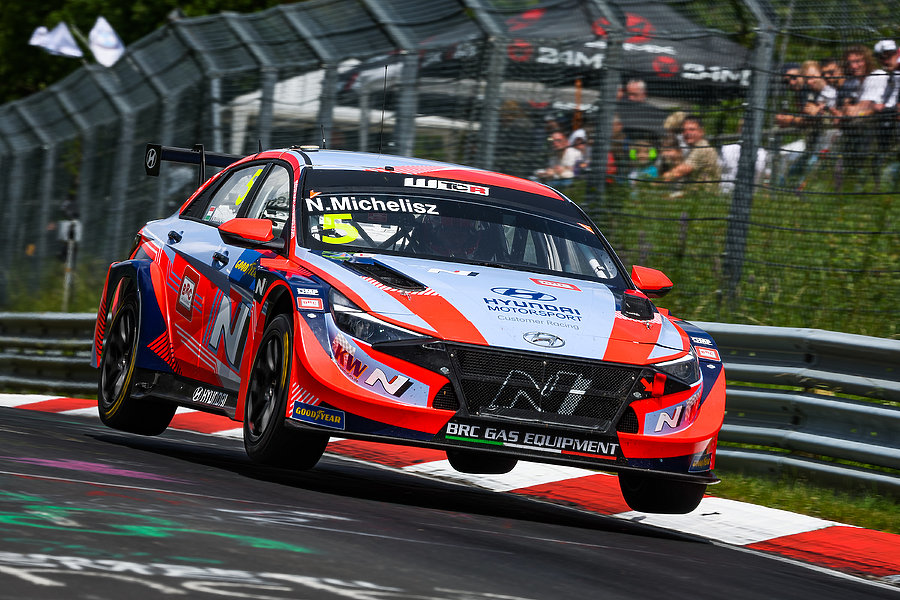 It was a tough weekend for our customers at the second round of the 2022 WTCR season, Race of Germany, held at the 25.378km Nürburgring Nordschleife.

A last-minute cancellation of both races on Saturday morning meant that our customers were unable to capitalise on their hard work with the Elantra N TCR.

Unlocking pace
Both BRC Hyundai N Squadra Corse drivers were able to find pace and acclimatise themselves to the challenging track during the two Free Practice sessions.

“There were some very competitive runs during Free Practice and Qualifying this weekend,” said Mikel. “I was confident with the car, which is something you need when driving around the Nordschleife as there is no room for mistakes.”

“We did a good job in Qualifying in terms of getting both cars in the top ten,” said Norbert. “I had a good position for the reverse grid race which was our aim.”

Cancellation disappointment
Our customers were in a good position for the races that never happened, as a decision by the FIA meant that Races 1 and 2 were cancelled for safety reasons.

“The cancellation of both races has meant we have lost a chance at gaining some good points in the title fight,” explains Mikel. “I am now looking ahead to Race of Hungary.”

“I was really looking forward to the races, especially the second one, so it’s a big disappointment that they were cancelled,” says Norbert. “The feeling can stay there today, but from tomorrow we will focus on Hungaroring.”

The next round of the 2022 WTCR – FIA World Touring Car Cup, Race of Hungary, takes place at the Hungaroring on June 11-12.